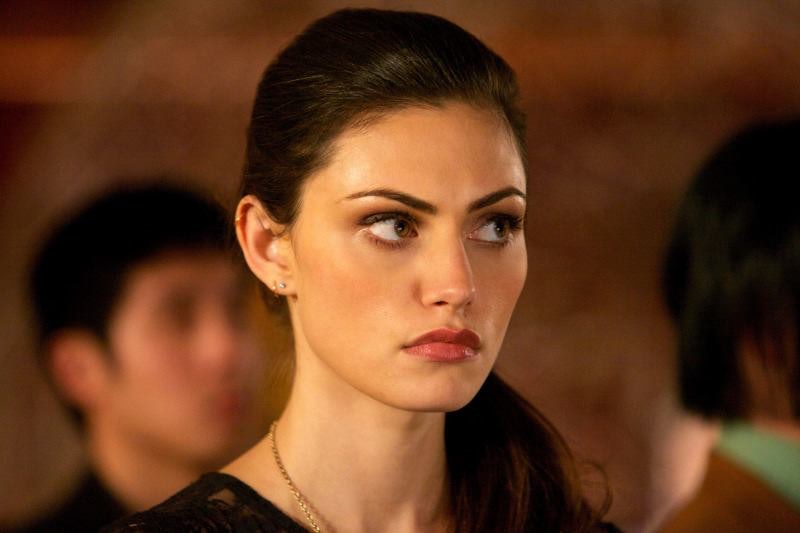 Hasn't it seemed like Hayley's been pregnant forever on The Originals? In The CW series' most recent episodes, the power struggles in New Orleans have far eclipsed any discussion of which trimester Hayley is in. But we're obviously still wondering — because that baby, according to Elijah, will be Klaus' redemption. That's quite a lot of pressure to put on the first of her kind, huh? So when will the hybrid baby be born — according to a casting notice posted on Apr. 2 — Hayley and Klaus' hybrid baby will be born during the season finale. And then we'll have to wait to see if Elijah's predictions were right.

Here's what we know so far about the long-gestating hybrid baby — it'll most likely be a girl (Hayley said she felt that earlier this season) and she's to be the first of her kind. (Oh, and also that Twilight was totally wrong and supernatural babies don't grow at alarmingly fast speeds, but that's not so important.) So, this baby is kind of a big deal, considering prior to her conception Klaus didn't even know he could father children — not that he ever thought about having any. But can she save Klaus from the dark hole he's in?

Now that we know when she'll arrive, it's time to discuss whether or not she'll actually ignite change in Klaus Mikaelson. Elijah seemed to think so — and he's fought tooth-and-nail to keep this baby alive and to suppress his feelings for Hayley, so as not to ruin the chances of Klaus loving this baby. But following Rebekah and Marcel's huge betrayal, we don't think it'll be as easy to rehabilitate Klaus as a bouncing bundle of baby joy.

The harsh truth about Klaus is now that he's been hurt by the only sibling he made an effort to keep close to, he's in a dark place. So dark, in fact, that he's run to the werewolves for help and he's shadily brokering deals behind Elijah's back until it's the right time to stick a dagger in it. Klaus never took an interest in the werewolf side of his genes before and doing so now seems like the act of a desperate and vindictive creature. Because we all know he has no interest in joining the werewolves — he's just trying to eff up as many things as possible so everyone suffers as much as he has since confronting Rebekah.

So, back to this hybrid baby business. There's only two ways this thing can go — Klaus is redeemed or he continues his path of destruction. Here are the scenarios:

Klaus Is Beyond Repair

If this ends up being the case — which it could because Klaus is obviously destroyed over this betrayal — we'd be disappointed. Even if it made perfect sense, because, at the end of the day, we really want Klaus to feel something. There are some wounds that the smiling face of a baby can't fix though, and if Klaus' heart is as broken as we think it is, he might just blame this baby for everything bad that's happened to him. If he never came to New Orleans for Hayley and the baby, he — and by extension, Rebekah — never would've gotten mixed up with Marcel and he could've lived in ignorance about their betrayal. It would be a tragic situation, but this is The Originals, after all.

Klaus Is Emotionally Where He Needs To Be

But what if losing the family he never felt apart of to begin with has put him in the perfect position to open up to a family of his own? Sure, Hayley's not in love with him but the baby doesn't know that. And if Klaus puts in the effort to be even a fractionally better dad that Mikael, there could be a chance that this baby will show him what it means to belong to someone. And really, that's been his complex all along — he never belonged to his family like his brothers and sisters because he wasn't his father's son. But he does belong to this baby and vice versa and considering the emotionally vulnerable state he's in, things could actually work out for him for once.