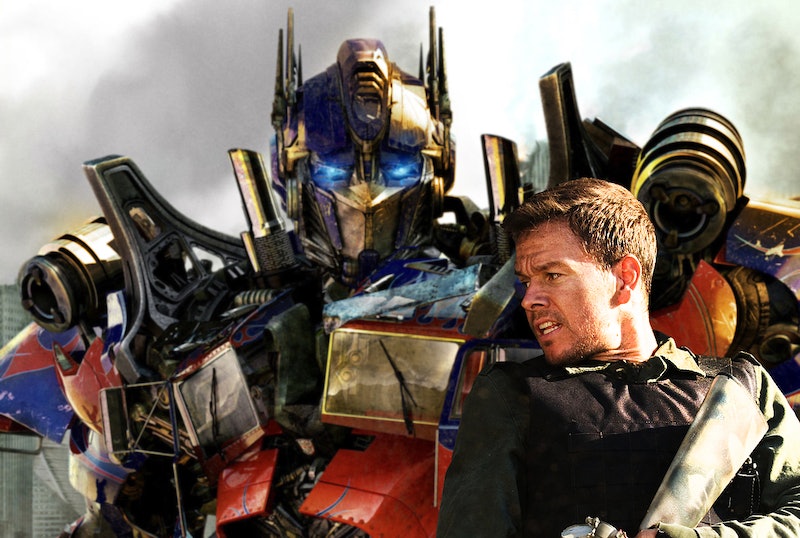 If you thought a 4th Transformers film was overkill, you're gonna love hearing that there is a 5th and 6th installment on the way as well. That's right: The Transformers series is adding another trilogy — just like Disney recently did with the rebooted Star Wars franchise. Director Michael Bay told Entertainment Weekly that he views the 4th film as more of a reboot and a foundation for another trilogy. “I’m not necessarily sure that I’m doing [the others], but that’s what it’s meant for," he said.

This reboot will leave behind Transformers staple actors Shia Labeouf because he's not famous anymore, and Megan Fox because she hated working with Michael Bay. The new trilogy will launch this June with Transformers: Age of Extinction starring Mark Wahlberg and dinosaur robots, because obviously.

So will Bay and his dreams of creating multiple films like the Star Wars franchise succeed? Let's take a look at his attempts thus far and how it stacks up to the legendary sci-fi trilogy.

Star Wars had both Anakin and Luke Skywalker as teenage heroes. Transformers has Sam Witwicky who an awkward teenage boy thrown into a crazy situation much like Luke Skywalker who was perfectly content to buy droids and live on the sand planet of Tatooine before Obi-Wan Kenobi came along to, like, make him save the galaxy. As far as hoping to achieve the "dorky" hero dealing with extreme circumstances, Transformers excelled.

But Hayden Christensen and Mark Hamill brought to their characters what Labeouf couldn't: adorable sex appeal.

Megan Fox (and later Rosie Huntington-Whiteley) were cast to be Sam's love interest. A.K.A., the girl that is way too hot for him but he manages to score with her anyway.

But though Fox and Whiteley were worthy love interests, it's hard to beat Anakin getting with Natalie Portman's character even though he meets her when he's an awkward little boy. Star Wars kind of set an impossible-to-beat precedent when it comes to unbelievable love interests.

Star Wars has C-3PO and R2-D2, Transformers has Bumblebee and Optimus Prime. As lovable as the Star Wars droids are, they're not really as useful as companions as the Transformers are, who actually aid in physically taking down the enemy. Sorry little buddies.

Star Wars is kind of at a disadvantage because half the films came out before special effects were nearly as good as they are today. Let's just call this one a tie. Both films had pretty decent special effects for their times.

It's hard to beat Bumblebee, especially when its playing against pod-racers made from trash and hamburger shaped aircrafts. Sure, the Millennium Falcon can go light speed, but that yellow car is sleek. We'll give this round to Transformers.

DEALING WITH OTHER PLANETS

Transformers goes into space, but only to the moon, which is kind of weak — especially when you look at Star Wars and how they traveled amongst several unique planets throughout the course of the series.

So is Transformers the next Star Wars? No, overall it doesn't seem like it. But maybe that's a good thing...because I'm not sure we want Bay to get any ideas about making nine films.