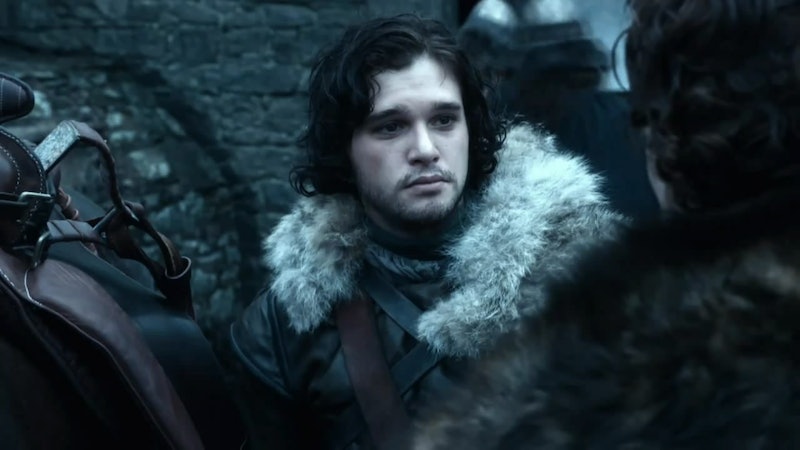 Even if you're a book reader, no episode of Game of Thrones passes by without at least one instance of you going, "wait, what?" Usually, however, the confusion is caused by a character's odd, metaphoric nickname or the appearance of yet another tall, bearded dude; when the reason for your uncertainty is just the shared last name of two main characters, it actually comes as a bit of a relief. So for all of you wondering if Jon Snow and Ramsay Snow are related, we're here to clear up at least one major GoT-induced question: no, they're not.

In Westeros, being born out of wedlock comes with major stigma. All bastards born to nobles are forced to identify themselves through a specific surname marking them as illegitimate. The name varies by region: in the North, for instance, it's Snow, but it's Pyke in the Iron Islands, Storm in the The Stormlands, Hill in the Westerlands, etc.

So although Jon and Ramsay may share a surname, they're most definitely not related. Jon, as we all know, was the bastard son of Ned Stark, while Ramsay was born to Lord Roose Bolton. Thank god for that; we'd hate to think that audience favorite Jon was connected to the awful, torture-loving Ramsay.

Tyrion, on the other hand, has no choice but to be related to Joffrey or the incestual sibs; for some poor people of Westeros, family is something of a sentence.