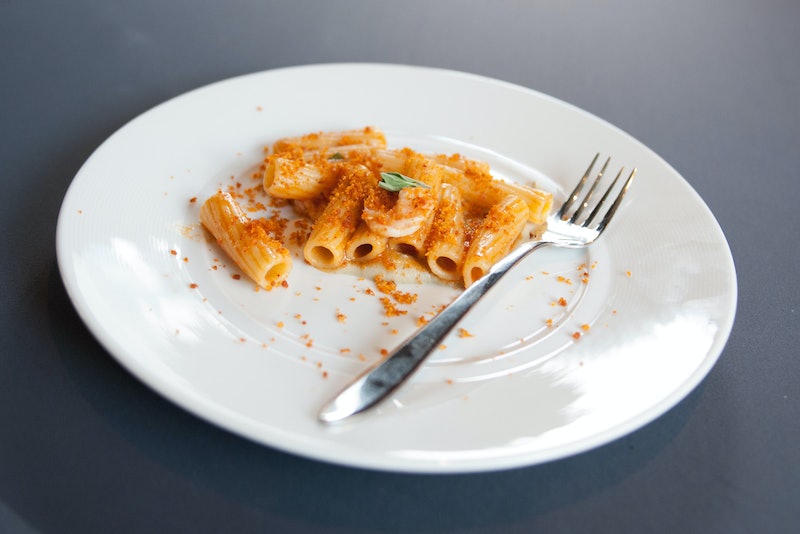 You may turn to Yelp to find information about the restaurant you're about to go to...but you’d be surprised what the site's restaurant reviews can reveal — not about the food and service, but about the people who write about them. A new study conducted by linguistic researchers from Stanford University analyzed some 900,000 Yelp reviews with the help of a computer model, and what they found is a little surprising: We tend to use language that compares expensive food to sex and cheap food to drugs. Why? That’s even more surprising: Apparently it’s a class thing.

The study, which was published in the peer-reviewed online journal First Monday, found that diners reviewing expensive restaurants described their food using words like “sensual,” “voluptuous,” and even “orgasmic”; they also used longer words and sentences, which suggests that the writers were trying to present themselves as educated people of a higher socioeconomic class. They might not always have succeeded — notes Motherboard, one example given in the paper was, “the apple tarty ice cream pastry caramely thing was just orgasmic [sic]” — but the attempt is there nonetheless. Kind of makes sense, given that commercials for luxury items are always dripping with a weird sort of sensuality, yes?

A word of advice: Don’t be like the people who leave one-star reviews. The study found that it’s all “ME, ME, ME” with them, and their language suggests that they were flat-out traumatized by their restaurant experience. I’m sure some of the scenarios really were needlessly awful — but would you really want to deal someone whose idea of an excellent response to bad service is, “We were both so furious we refused to finish the food on principal”? As VICE put it, "Needless to say they’re probably the kind of people you never want to invite for dinner." Agreed.