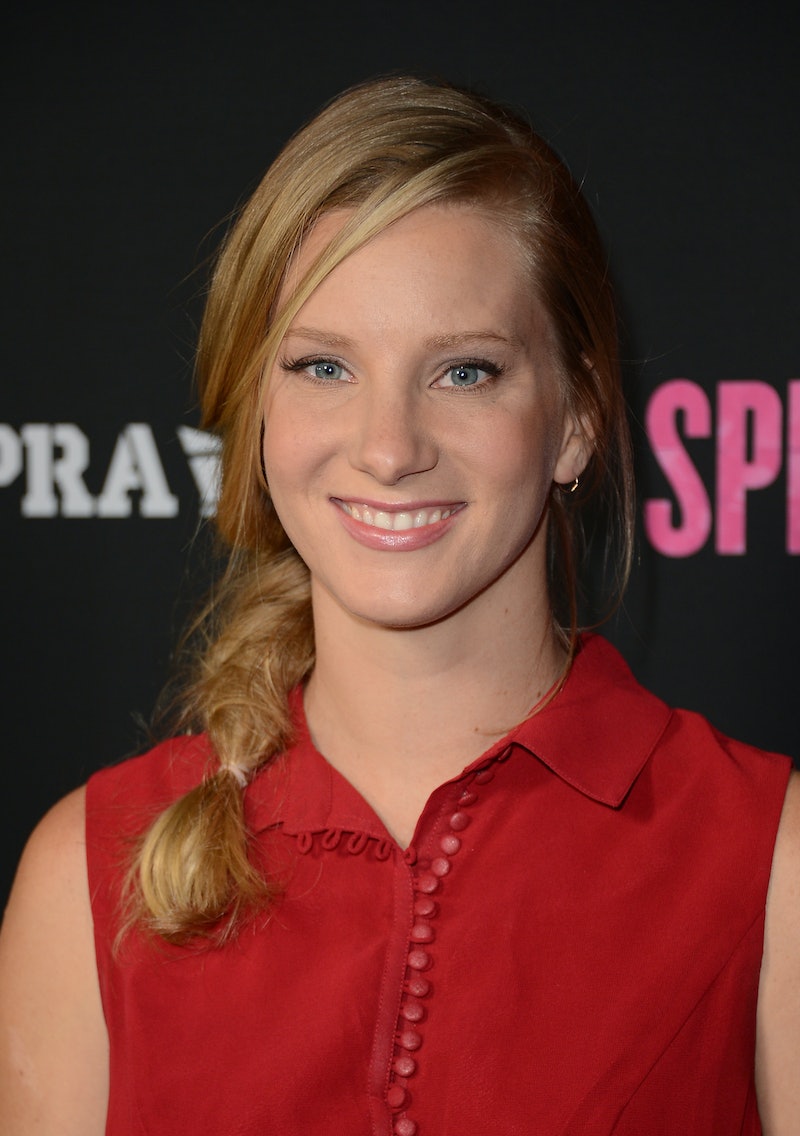 Get ready for some Brittany in New York! Heather Morris will be joining Glee for the season five finale on May 13th. This is welcome news for Brittany fans who thought the actress was done with the show for good after her character was written out so Morris could focus on being a mom. She came back along with a lot of the cast for Glee's 100th episode, but now it seems like Morris may be extending her visit a little longer than originally thought. The producers have even said they'd love to have her back for their 6th and final season. While nothing about that has been confirmed yet, we know we'll for sure see Morris for the season five finale this May. And what exactly will her visit mean for the show and its characters? Here's what we think:

We left off with Santana and Brittany jetting off to Hawaii together, so I think it's safe to assume they're back on. So what will become of Santana's New York girlfriend Dani played by Demi Lovato? Unfortunately for Lovato it seems her time with Glee may be done. If the producers have Morris, we bet they'd rather play up Brittana––the fan favorite romance––over the Danni/Santana one. This probably also means the end of her band with Kurt/Starchild/Rachel too, which is too bad because they were pretty good.

Since Naya Rivera has yet to confirm she's coming back for season 6, maybe Heather Morris' return will allow to writers to send Santana and Brittany off for good together. They'll use the finale to let the pair say their last goodbyes. It'd be an easy way for both actresses to leave the show and leave fans happy to at least see the couple survive.

THEORY #3 - BRITTANY'S BACK FOR GOOD

Heather Morris broke a lot of hearts (including Santana's) when her character originally left the show, but her reappearance in the 100th episode gave fans hope that maybe she'd return for good. After all, would the Glee writers really have her get back with Santana and promise to move to New York if she was just going to leave again? That seems like a pretty cruel thing to do to Santana. Just like Amber Riley came back, maybe Heather Morris plans to reprise Brittany for next season too.

THEORY #4 - SHE WILL COMPLICATE MORE THAN ONE RELATIONSHIP

Brittany has dated Sam, Artie, and Santana and with all of them in New York it seems like the time is ripe for some good old Glee romance-meddling. Will she break up Sam and Mercedes just when they finally made peace with dating? Will she break up Artie and Kitty's long distance relationship (which I assume is still going on since it was never addressed)? Will she cause a fight between Santana and Dani when Danni finds out her girlfriend cheated on her and flew to Hawaii with another girl?

All kinds of potential problems could arise out of Brittany coming back to the show and making the leap to NY, and conflict means viewers are likely to tune in. So maybe this will be the way Glee goes down in its final season. Though we kind of hope they go out on a more positive note, this is Glee and what you want kind of hardly ever happens.

More like this
A New Season Of The Midwich Cuckoos Could Be Coming “To A Town Near You”
By El Hunt
The ‘Love, Victor’ Showrunner Gave Fans Hope For A Possible Spinoff
By Brad Witter
Legacies Showrunner Said There Is Still Hope For More Vampire Diaries
By Gretchen Smail
Everything You Need To Remember Before Westworld Season 4
By Brad Witter
Get Even More From Bustle — Sign Up For The Newsletter