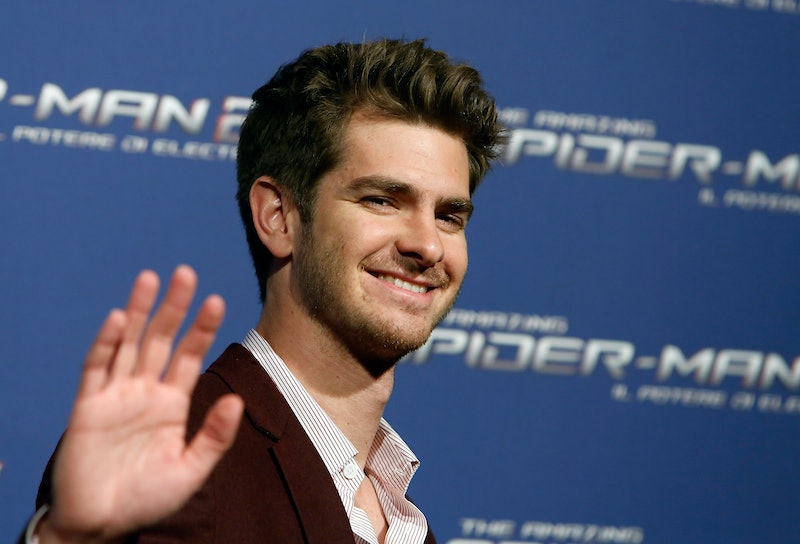 I know, I know — you're curious about Spider-Man and his real-life lady friend. Who isn't? But if you ask Andrew Garfield about Emma Stone, he might flip you off. So, be nice to him or you'll get some nasty words from the mouth of a superhero.

Okay — let's not slap Garfield with the label of "aggressive" just yet. Let's give him the benefit of the doubt. Sure, on Thursday at the London red carpet for The Amazing Spider-Man 2, he snapped at the press, when he proclaimed that his personal life was "not public property," but...maybe he's got a point?

After all, when you're walking the red carpet in an attempt to promote a movie you're damn proud of, you probably don't want to be answering questions about your romantic life. Sure, in this culture we enjoy round table discussions about who's dating who, who's sending naked pictures, and whatever, but before we jump to accuse Garfield of jumping down our throats, we might want to reconsider what questions we're asking him in lieu of the stuff he probably wants to answer.

For instance, he probably wants to talk about how hard it is to put on spandex every day for a couple of months rather than discuss what or who he does when the cameras aren't rolling.

Of course, there's no denying that this trend will continue; the public has far too great of an interest in the personal lives of their favorite stars. This time, however, Garfield was a little less snippy and actually mocked his disposition. Just a few days after the red carpet debacle, he spoke to The Guardian about his lady:

Well, that's certainly sweet and respectable. It's also relatable! Folks at home surely don't want significant others running around rampantly discussing personal details, right? (Although I will give mine free reign to tell others about how I struggle to eat without spilling food on my clothing.) Still, it's tough to believe just how private it is when we know that Stone checked Garfield's junk to see if his package was Spidey-appropriate.

But hey, it all just might be par for the course when you're playing a superhero.