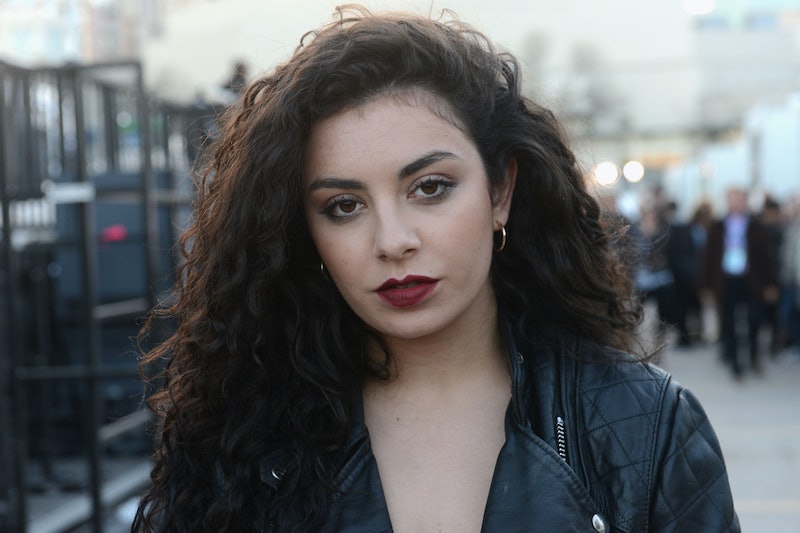 There’s an old saying in pop music that goes, “Don’t bore us, get to the chorus!” In other words: don’t waste our time on the verses — we’re all just waiting to jump up and down and sing along to the chorus, anyway! On Charli XCX’s new song, “Boom Clap,” the 21-year-old budding English singer-songwriter shows us that she understands that motto better than virtually anyone else in the music industry today.

It only takes Charli about 30 seconds to get to “Boom Clap’s” captivating chorus, but she still packs the lyrics on the brief verses full of memorable, vivid imagery:

Stars shining as your bones illuminate

It took me over, you’re the magic in my veins

She then triumphantly declares, “This must be love!” and the genius, deceptively simple chorus comes zooming in:

Boom, clap! The sound of my heart

Are you dancing yet? Are you busting out your fanciest footwork?? I know Lorde told me not to, but listening to “Boom Clap” really makes me want to throw my hands up in the air! So there! It’s not that the verses aren’t important to the song’s overall effect; Charli just understands that sometimes, a massive, chant-along chorus is all you need in order to get listeners on their feet!

You may have seen Charli (real name: Charlotte Aitchison) mentioned on a music blog or two in the past couple of years, but you might not have realized that you’re already familiar with her work. It’s true! In 2012, Charli co-wrote Swedish duo Icona Pop’s inescapable breakthrough hit, “I Love It.”

Even though she’s already released two full-length albums, Charli is just now starting to gain some mainstream traction thanks to her feature on Australian rapper Iggy Azalea’s super-catchy song, “Fancy.” (If you haven’t done so already, please do yourself a favor and watch the Clueless ­-inspired music video. It’s so important.) “Boom Clap” is featured on the soundtrack to the upcoming film The Fault in Our Stars . I’m so excited that an entirely new audience is going to be exposed to Charli’s pop songwriting brilliance! If you like "Boom Clap," give Charli's "SuperLove" a listen, as well — you won't be disappointed.

Check out “Boom Clap” via MTV below.