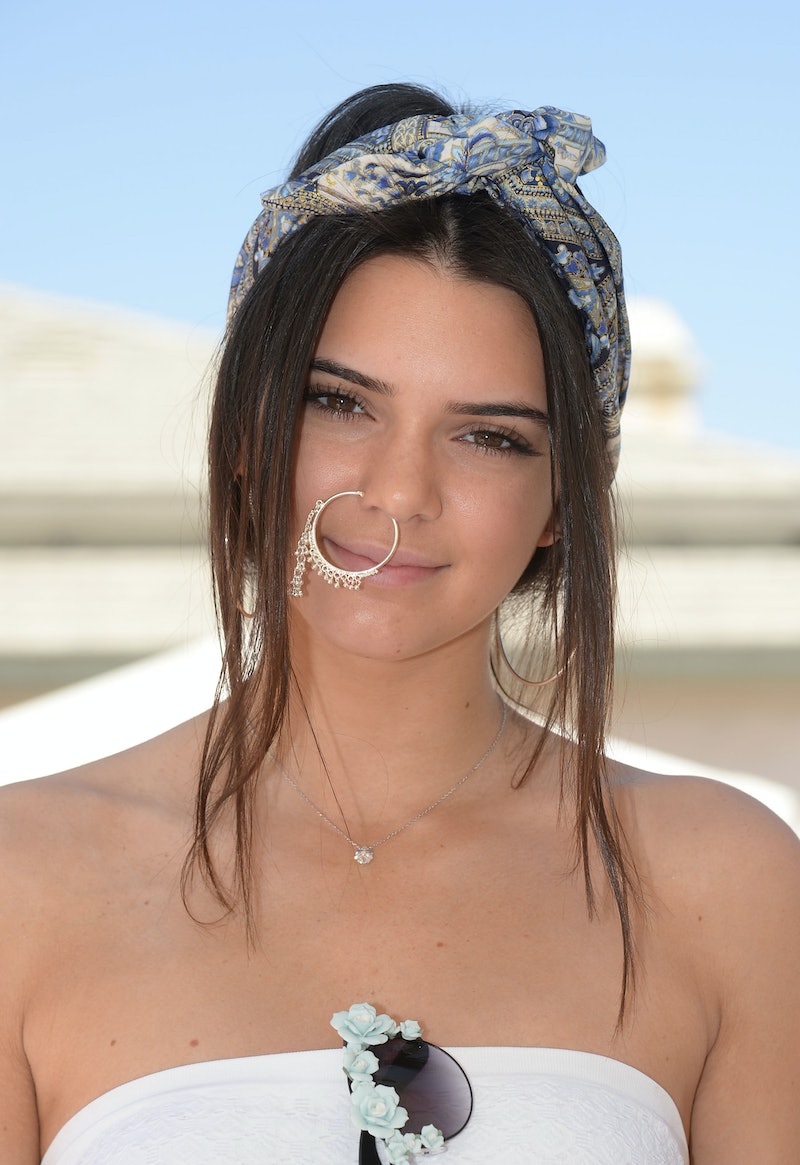 While there is a certain range of sartorial insanity and insensitivity that we inevitably forgive at Coachella, Kendall Jenner’s latest antics prove that it is possible to cross the line into offensive territory. The young Kardashian clan member caused jaws to drop when she wore an oversized nose ring to the festival on Sunday.

I’m not anti-body piercing, but when you factor in that the nose ring is a hallmark of traditional wedding garb in India, the style statement enters risky territory. Paired with a duck-face pout and a perfunctory peace sign on Jenner's Instagram account, the look is dripping in sarcasm with little regard for the accessory’s origins.

Fashionistas and designers do have a habit of pushing the boundaries of what is acceptable, and Coachella 2014 is already providing enough style fodder for an inquisition, from Vanessa Hudgens’s bindi to, well, Jenners’ bindi, and it seems that the question isn’t a lack of awareness. It’s a decision to be contrary for the sake of being contrary.

Jenner herself has been making waves in the fashion community by wearing transparent clothing down the Marc Jacobs runway and starring in a recent Pacsun swimsuit campaign, so the teen seems to be determined to make a name for herself in the industry. In a recent interview with V magazine, Jenner articulated her drive to become the next couture darling and overcome her Kardashian reputation, saying:

I don’t think some people take me very seriously. When I started off, I was way more of a personality in modeling and it wasn’t like, what I wanted to be exactly. I want to be more high fashion; I want to be more editorial, but hopefully I’ll just prove myself.

Clearly, Jenner is eager to move beyond her reality TV stardom. However, there is a large divide between making a poignant cultural statement with fashion, and causing a ruckus for the sake of gaining notoriety, and it appears that Jenner falls into the latter category. We’re hoping Kendall’s next attempt at “proving herself” is a bit more culturally aware.