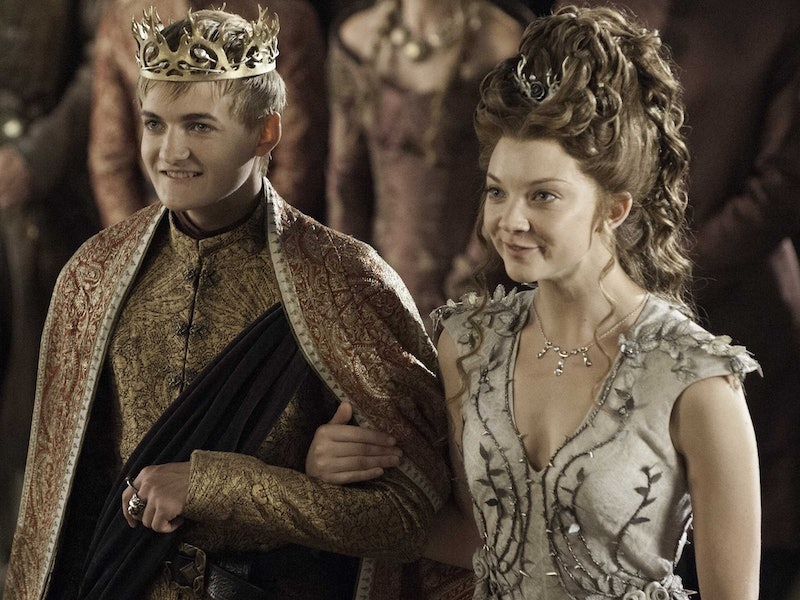 The Internet has spoken, and picked its favorite show. Game of Thrones just dethroned itself to win the piracy championship trophy. Piracy-tracking blog (apparently that's a thing) TorrentFreak reported that about 1.5 million people worldwide downloaded the episode with nearly 200,000 users sharing the same single copy. The blog reported that these were unprecedented numbers. "Never before have 193,418 people shared a single file simultaneously ... The previous record was set last year, when the season finale of Game of Thrones had 171,572 people sharing on a single tracker.”

Look at all that global communication. I now strongly believe piracy should be used as a peace tactic. No one hates their neighboring country when they partake in watching their favorite TV show together. The HBO show is the great equalizer. Sure a lot of characters die, but it brings people together!

Even the network's president, Michael Lombardo, isn't mad. Last year Entertainment Weekly asked him about the topic of Internet piracy and he good-naturedly said, it was "a compliment of sorts. The demand is there. And it certainly didn’t negatively impact the DVD sales. [Piracy is] something that comes along with having a wildly successful show on a subscription network.” Time Warner CEO, Jeff Bewkes, added to that saying, "Game of Thrones is the most pirated show in the world. Well, you know, that’s better than an Emmy.”

I'm a big fan of this. I'm always a proponent for free TV (even if it has to be the kind with ads, like Hulu has), because that's the direction our world is moving in. We're getting rid of bulky televisions and watching on our laptops. Plus, how much do you want to watch networks start competing over who is most pirated? I can totally see other shows trying to figure out a way of beating GOT's file-share numbers. It'll be like the Hunger Games of television networks with everyone trying to win sponsors, only the sponsors will be us watching our favorite shows for free. It's a win-win.