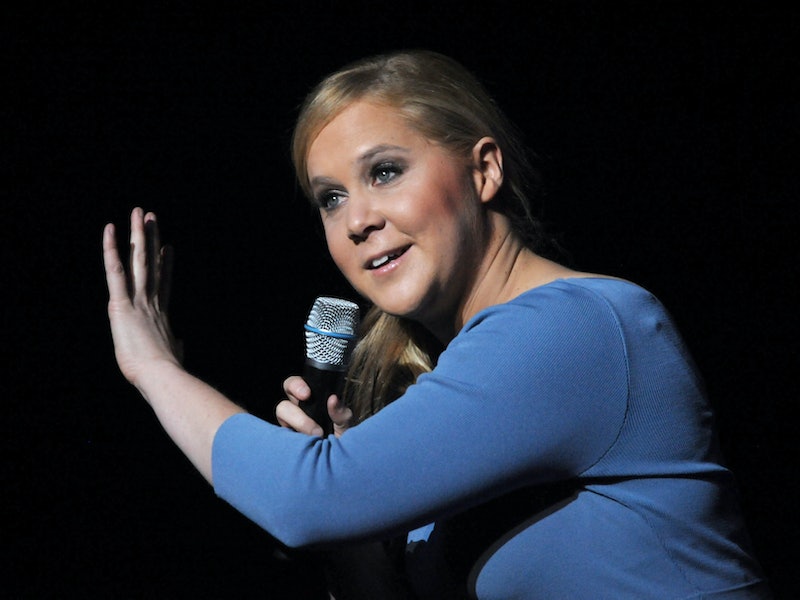 The second season of Inside Amy Schumer premiered on April Fools Day. More recently, the show's beautiful, hilarious, and on-point takedown of the tropes of Aaron Sorkin as set in the fast food service world has been making some well-deserved rounds through social media. This is all happening under the mischievious-but-benevolent ruling of one Amy Schumer, a comedy name you've likely already heard of. If you haven't, you should probably get yourself caught up on who this woman is, because she's not likely to be going away anytime soon. Like I said, you've probably already heard of this lady. But here are some Amy Schumer tidbits you might not already know.

Inside Amy Schumer was almost a talk show, but her heart wasn't in it

From a recent interview with EW :

Yeah, it was. We thought that’s what Comedy Central wanted. The other EPs and myself were like, “Okay, we’ll make a talk show.” And then I went out with Jessi Klein, who is one of the exec producers. We were just drinking and had too much and I just wasn’t that excited about making a talk show. Maybe I would one day, but I don’t want to talk to celebrities and say, “Wow, this movie was amazing!” So she was like, “I think you should make the show you want to make, the show of your dreams.”

She appreciates the finer things in life

From an interview with Fresh Air 's Terry Gross:

I didn't grow up hearing any women really delving into that side of themselves. So I thought, 'OK, maybe I can be this person for women and for men just to hear the women's perspective in a less apologetic, honest way.' [...] I'll get offstage, and the club owner will be like, 'That was a lot about sex,' " she says. "And they would never say that to a male comic.

And it's pretty adorable.

From that EW interview:

Tig is my good friend and I had asked her to write for the show and then she got cancer. She was like, “I don’t know what to do.” I said, “After your mastectomy, move to New York. We’ll get an apartment together and I’ll take care of you.” Her and her writing partner Kyle [Dunnigan]. “We’ll all live together. We’ll write jokes, we’ll make a show, and when you can come to work, come to work.” So that’s what we did, and she wound up being very healthy after, thankfully.

She auditioned for the role of Shoshana in Girls

Which is something we can almost picture but not really, a sentiment she agrees with:

We think she's good where she is.

More like this
Amanda Gorman Shared A Powerful Message On Meghan Markle’s Penultimate Podcast
By Darshita Goyal
Michelle Obama Opened Up About The "Discord And Discomfort" Of Marriage
By Stephanie Topacio Long
The One Detail From The Tampongate Scandal That The Crown Missed
By Karen Fratti
The 'Love, Lizzo' Harry Styles Scene Is Just 1 Moment That Made Fans Feel Seen
By Brad Witter
Get Even More From Bustle — Sign Up For The Newsletter