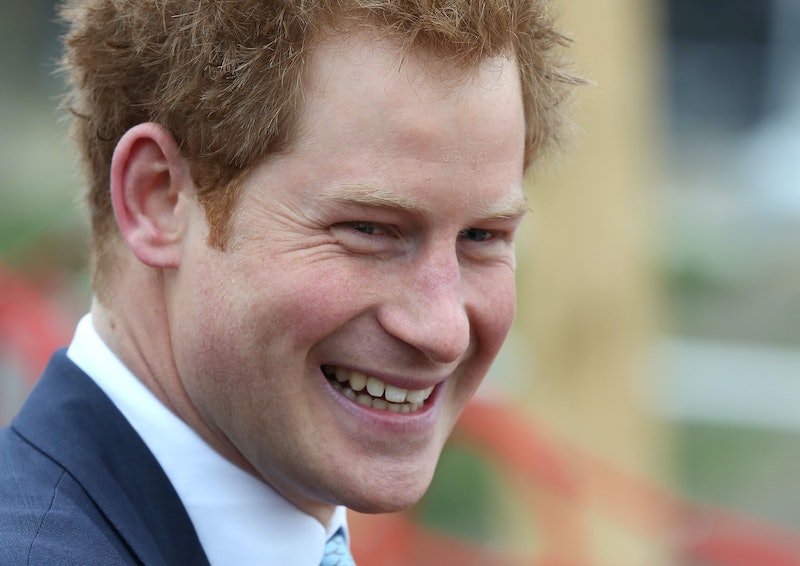 It seems like the kind of gag that Prince Harry himself might actually find a bit funny. Those silly Americans and their silly American games, am I right? When Fox announced the debut of I Wanna Marry Harry, a reality show that revolves around tricking 12 girls into thinking Prince Harry needs to rely on an American reality show to get himself a wife, there was collective confusion among pretty much everyone. Surely no one with Internet access and any basic knowledge of Prince Harry at all would fall for such a trick? The I Wanna Marry Harry first look premiered Wednesday night and it has proven us very, very wrong.

Either these women are very good actresses or they really never bothered to hold up a picture of Prince Harry and compare it to Matthew Hicks, the Englishman playing him for the show. The promo offers plenty of close-ups of Hicks, close-ups that prove to the objective viewer that he and Prince Harry don't actually look that much alike at all, so why these Prince Harry fanatics never make that connection is anyone's guess.

"His security is not for show. It's real," says one of the girls to another, which implies at least some healthy skepticism of the whole thing at first. That single line hints at the sheer effort Fox must have gone through to convince these girls that Hicks was the real deal, accompanied by shots of creeping paparazzi, black vans, and private helicopters. The first episode alone must feature Hicks name dropping every single member of the royal family and the entire contents of Prince Harry's wikipedia page to even make this a little bit believable.

However, as the creators should have learned from their work on Joe Millionaire, the show is only as good as its hoax. Are they ever going to convince even one woman that appearing on this reality show will give them the chance to marry Prince Harry again? The sheer skepticism that the announcement of the show was met with combined with the fact that people are still wondering if these women are just well-paid actresses makes it clear from the start that I Wanna Marry Harry is going to be a single season show. That is, unless they call season two I Wanna Marry a Prince Harry Impersonator. And, after season one, who would?

Watch the promo below.

More like this
An 'Emily In Paris' Fave Is Joining Season 5 Of 'The Crown'
By Bustle Editors
The ‘Love, Victor’ Showrunner Gave Fans Hope For A Possible Spinoff
By Brad Witter
Vanessa Hudgens Proves She's Always A Wildcat At This 'High School Musical' Location
By Alyssa Lapid
'Criminal Record' Is The 'Doctor Who' Reunion We’ve All Been Waiting For
By El Hunt
Get Even More From Bustle — Sign Up For The Newsletter