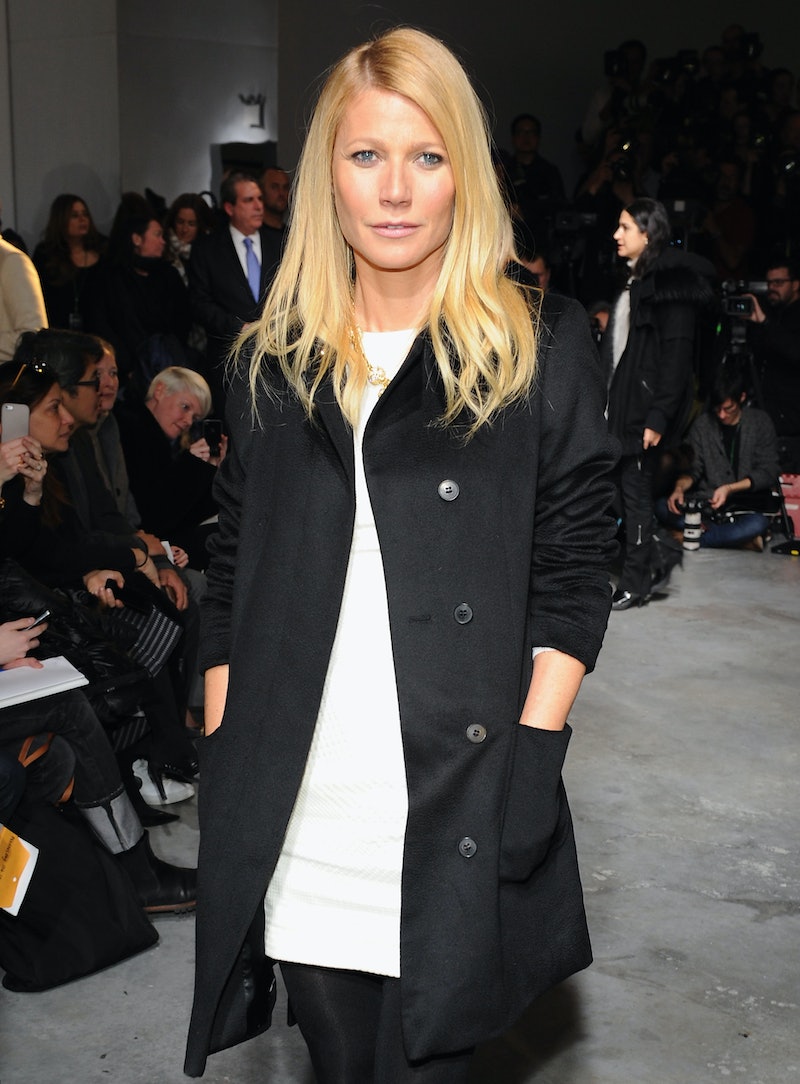 And now, for the ultimate showdown. Joan Rivers has slammed Gwyneth Paltrow in what appears to be the next strike in what's definitely the Joan vs. Gwyneth Showdown. That's right, this is at showdown — oh, let's make this smackdown — status. It looks like right now Joan has the upper hand. Gwyneth, what's your next move? Grabbing some soaked almonds?

Rivers appeared on Bravo's Watch What Happens Live and continued the already ongoing beef. Paltrow made a quip about Rivers' famously Botoxed face (Paltrow would never do Botox again because she looked like Joan Rivers) in Harper's Bazaar last year — and Rivers chose to riff on Paltrow Wednesday night.

The Fashion Police host has made her career out of shaming folks for their poor fashion choices, but Paltrow walks a different line here — she's the queen of all things natural, organic, and, you know, GOOP, which denounces things like Botox. Kale is her Botox! So essentially, the two women's lifestyles completely disagree with one another's. But that wasn't the only comment Paltrow has made; Paltrow has also given Rivers heat for her Fashion Police comments.

So Rivers has taken it a step up by saying that Gwyneth Paltrow is:

The world's most beautiful woman voted by Hellen Keller and Stevie Wonder. Not my favorite.

So now the ball is in Paltrow's court. What kind of comment will she make next? Rivers should be warned, as she's dealing with a woman who silenced Vanity Fair — an enormous magazine, when she wasn't happy with an article they were writing about her. Can Paltrow silence Rivers, a woman who infamously will not be silenced — a woman who titled her book I Hate Everyone...Starting With Me ? It's unlikely, but Gwyneth — Queen of the Conscious Uncoupling — has a way of making things work, well, her way. Who knows? Maybe it's the power of kale or something.

Anyway, doesn't this make you nostalgic for that MTV show, Celebrity Deathmatch, when claymation figures resembling popular celebrities attacked each other in the wrestling ring? I certainly would be down for a Joan Rivers vs. Gwyneth Paltrow claymation deathmatch, wouldn't you? (Joan already attacked daughter Melissa in an earlier episode, so her claymation figure would be no stranger to this stage.)

You can watch that classic below:

And you can watch Joan takedown Gwyneth over here: