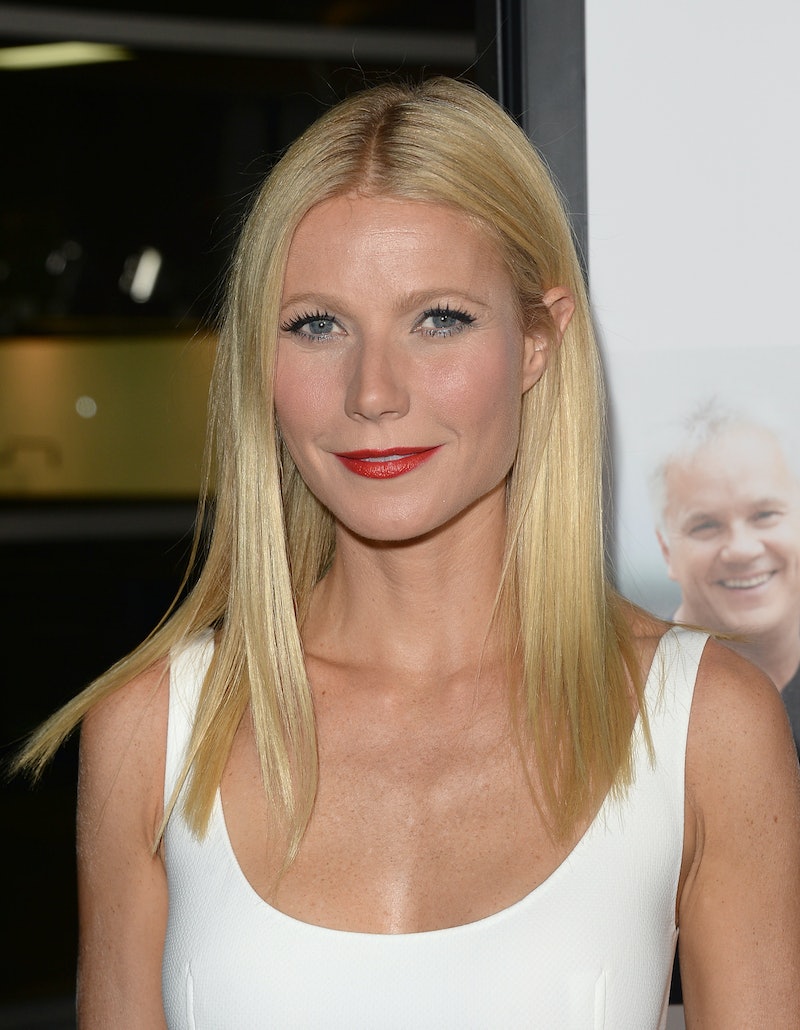 So, remember that juicy, less-than-flattering Gwyneth Paltrow expose` in Vanity Fair that her haters were all chomping at the bit to read? You know, the one that would reportedly detail the queen of gluten-free's dirty deets that would finally bring her down a few pegs? The one that Paltrow reportedly emailed her famous friends about and told them not to be associated with Vanity Fair ever again? Well, looks like Gwynnie haters will just have to keep on making the stank face about her in general, because it looks like the article may never run. Say whaaaaa? On Tuesday, Vanity Fair 's Editor-in-Chief said that the Gwyneth Paltrow article said he may be sitting on it indefinitely.

Let's take it from the top. In the Editor's Letter for the magazine's March issue, Graydon writes that he assigned the hefty piece to contributing editor Vanessa Grigoriadis, which was turned in during the summer.

It was just what had been assigned — a reasoned, reported essay on the hate/love-fest that encircles Gwyneth Paltrow. I thought it perfectly explained the whole phenomenon. But it was such a far cry from the almost mythical story that people were by now expecting — the 'epic takedown,' filled with 'bombshell' revelations — that it was bound to be a disappointment. What to do? I decided to sit on it for a time.

So, did we actually ruin it for ourselves by buzzing about this "takedown" to the point of thinking that Paltrow had the biggest Bigfoot-sized skeletons in her closet, so much that her haters out mean-girled her? Did they expect something truly over-the-top horrifying to come out about her to cackle over? If that's true, Real Housewives and Gossip Girl serve just that purpose.

Carter continues that Gwyneth called him in October to discuss the piece:

We talked for about 20 minutes about the story and her reaction, or over-reaction, to it. At one point, she asked my advice as to what to do to get the 'haters' on her side. I suggested putting on 15 pounds. I joked that it works for me. She replied I had put on much more than that. Which I thought was fair and funny.

Even though this sounds like one of the most insulting, odd phone calls to be had by two public figures, it doesn't sound like Carter is ready to hang up his hat on the piece just yet.

The Gwyneth Paltrow saga had clearly just gotten away from us, Carter says. My instinct was to continue to let it sit until people had forgotten about it, or at least until expectations had diminished. The fact is the Gwyneth Paltrow story, the one we ordered up, as delightfully written as it was, is not the one the anti-Gwynethites expect. That it has generated more mail and attention than many of the biggest stories we've ever published only makes the situation more complicated...

So does this mean that if Carter can't zing someone just the way he wants to zing them, he'll just bide his time until he can? Or will he publish it when the "anti-Gwynethites" have stopped caring?

More like this
Christine Quinn’s 'Selling Sunset' Future Is *Finally* Confirmed
By Bustle Staff
17 Years Ago, 'Hannah Montana' Reportedly Almost Cast This 'Gossip Girl' Star
By Grace Wehniainen
Jonah Hill Explains How His Anxiety Attacks Will Change The Rest Of His Career
By Grace Wehniainen
At 14, Tatiana Maslany Was Obsessing Over Tamagotchis & The Spice Girls
By Gabrielle Bondi
Get Even More From Bustle — Sign Up For The Newsletter