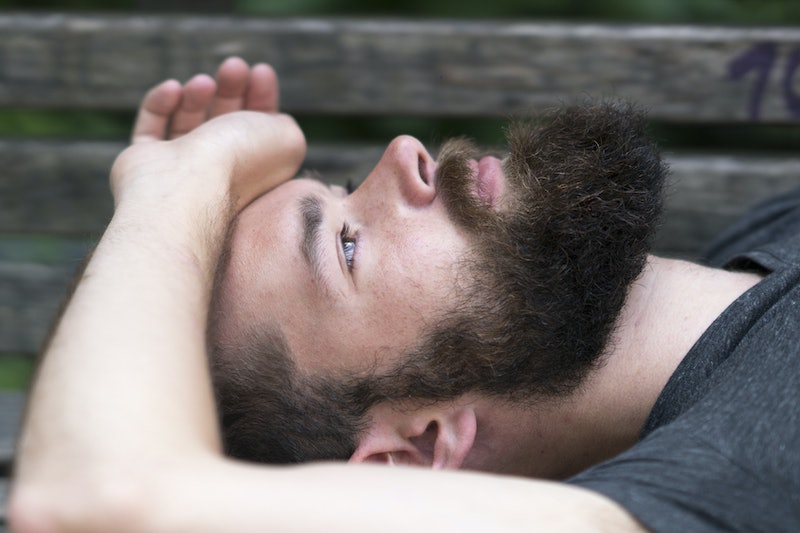 Well, here’s an interesting little tidbit: According to some new research into how women feel about facial hair on men, we aren't necessarily attracted to beards or clean-shaven faces for the way they look. What matters is how rare either type of facial hair is in the population at any given time — the rarer it is, the more attractive it is. So all you hipsters out there sporting the full face of fuzz? Your ubiquity may lead to your downfall. We have reached "peak beard."

A new study by the University of New South Whales examining “negative frequency dependent selection” — or, the idea that things become more attractive the rarer they are — unearthed the phenomenon. We’ve previously seen this sort of behavior in other animals; noted Dr. Bethany Brookshire, who was unconnected with the study, to Newsworks, “Female guppies will select males whose patterns are rare.” As a result, scientists became curious about whether it happens in humans, too. The answer? It most certainly does.

University of New South Whales researcher Robert Brooks and his team selected 1,453 bisexual or heterosexual women and 2013 heterosexual men to participate in an online study. Each subject was shown 36 images of male faces, with the first 24 images being used to condition the subject: They were either shown only bearded men, only clean-shaven men, or a mixture of the two. Then, the research team asked the subjects to rank the next 12 images they were shown by how attractive they found them. Women who were shown images of 24 bearded faces to start preferred beardless men, whereas if they were initially shown 24 clean-shaven faces or a mixture of the two types, they preferred bearded men.

It appears, then, that there’s a science to trendiness: Once something like a hairstyle or item of clothing becomes so ubiquitous that it’s declared a trend, its attractiveness — or rather, the attractiveness of those sporting it — drops. However, Bethany Brookshire says it’s worth noting that in the case of the beards, the key is that they became more attractive. Neither beards nor clean-shaven faces became the most attractive due to rarity. Nice to know that our personal preferences are still… y’know, our personal preferences.

What else can we draw from this conclusion? That’s something we’re still working on. Brooks and his team, who have already shown that beardedness signals virility, are currently cooking up a follow-up study. ”We still don’t really know the primary function of the beard,” Robert Brooks told the Guardian Australia. “Some women are attracted to it, some are repelled. It is a clear sign of manliness, it makes men look older and more aggressive. How much women like that depends, in a way, on how overtly masculine they like their men.” As such, the new study, which will be larger than the one the just completed, will examine the link between facial hair and masculinity.

In conclusion: Sorry, bearded guys. It looks like your facial hair has become so common that it’s falling out of style. But hey, who says you have to follow trends, anyway? Just do you, man. Just do you.

Oh, and for anyone who thinks searching for beards on Flickr is a good idea:

More like this
GIRLI & Q Fell In Love At A Skatepark & Never Looked Back
By Jessica Morgan
Kiehl’s Just Launched Eco-Friendly Cleansing Bars
By Jessica Morgan
Rihanna’s Makeup Artist Isamaya Ffrench Is Launching Her Own Makeup Line
By Tomi Otekunrin
How To Style Your Hair For A Festival, According To Maya Jama’s Hairstylist
By Tomi Otekunrin
Get Even More From Bustle — Sign Up For The Newsletter