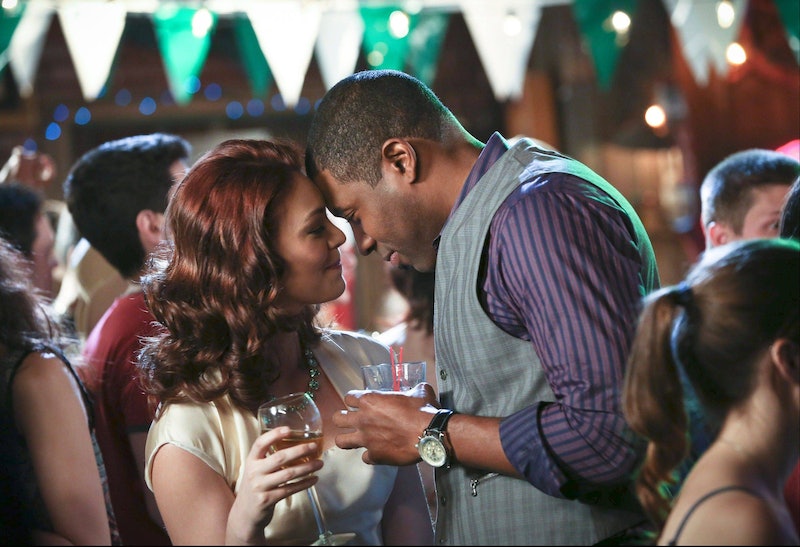 There aren’t many episodes left in CW's quaintest Friday night drama's third season and Hart of Dixie's AnnaBeth Nass and Lavon Hayes still haven’t reconciled. Yet, the couple has come too far to not make it. Are we the only ones who see something wrong with this picture?

Nass and Hayes have a chance at “that can’t eat, can’t sleep, reach for the stars, over the fence, World Series kind of love” that Kirstie Alley finally found with Steve Guttenberg at the end of 1995’s It Takes Two. That kind of magic can’t be denied and fans must be given an appropriate amount of time to stare in awe.

AnnaBeth (played by Kaitlyn Black) pined for Lavon for all of Season 1 and most of Season 2. She treaded carefully through the murky waters of dating a close friend’s ex. She put up with his family members, and found the courage to introduce him to her own. She didn’t go through all of this to walk away with anything less than forever, and neither did we.

Their relationship’s demise came in Season 3’s “Should’ve Been a Cowboy”. AnnaBeth asked Lavon (Cress Williams) to confirm what we all know – that she’s the one. But the Bluebell Mayor couldn’t, or perhaps, wouldn’t, let himself say the words. The pain it caused AnnaBeth is real and needs to be addressed, but that doesn’t mean the two aren’t meant to be.

She makes him better

Prior to the start of their relationship, Lavon, as a character, wasn’t much more than a close friend to Zoey (we’re pretending he and Lemon never happened). With AnnaBeth he blossomed into a whole new person. His whole face would light up when she was around. And when it came time for him to make a decision between Ruby and AB, he didn’t hesitate. His then fairly new relationship with AnnaBeth already meant more to him than his very serious one with Ruby. He and his high-school sweetheart were headed for marriage, but when it came down to it she couldn’t even get her hat in the ring.

He takes her out of her comfort zone

With Lavon, AnnaBeth found herself having to take action instead of playing the wait-and-see game. Though she did try and drop subtle hints or go full-on passive-aggressive on numerous occasions, they often ended with awkward misunderstandings. But she still wound up at his door fighting for him when Ruby became a threat, and she asserted herself once again when she needed to know about their future. It may have led to the abrupt ending of their relationship, but the change itself is good and a reason why they need to get back together. He forces her to be — herself.

As a direct result, she no longer takes the love she has to offer for granted. She knows it’s awesome (or at least she sounds confident when she tells him it is), and as a result, they’ll both treasure it more the next time around.

In the South, football rivalries run deep. Families are torn apart over split loyalties. AB and Lavon accomplished what few others are able to do by looking beyond the rivalry, and it’s a testament to how much they truly care for each other. She cheers for the Auburn University Tigers and he not only attended the University of Alabama, but played on the Crimson Tide team. To a lesser couple, this conflict would have been insurmountable, and put into proper perspective, all of their other problems are small.

Davis Isn’t Even a Good Rebound

AnnaBeth is currently seeing Davis, the practice’s recent reoccurring visitor, who was apparently dropping by for the sole purpose of asking her out. But that’s not going to work out, right?

Davis, who is portrayed by the wonderful Barry Watson, has been visiting the office trying to find the courage to talk to her and on some fronts that’s adorable, but it’s also sad — because, it took him an entire month to find this courage. He also gives off a distinct stalker vibe. If a love interest starts stalking you before you are even officially dating, they will definitely stalk you when you try and break it off.

Break-Ups Are a Key Ingredient to Awesome Make-Ups

We’re not suggesting that they make a habit out of breaking up. But every love story has its ups and downs, and to borrow from another platitude: anything worth having is worth the fight. All AnnaBeth and Lavon need to succeed is better timing. Lavon had the upper hand in their relationship the first-time around after AB agreed to take things slow. But after learning AnnaBeth is willing to move on, we’re betting that they’ll be working on her clock the next go-round. Plus, what’s a great TV relationship without an epic reunion?