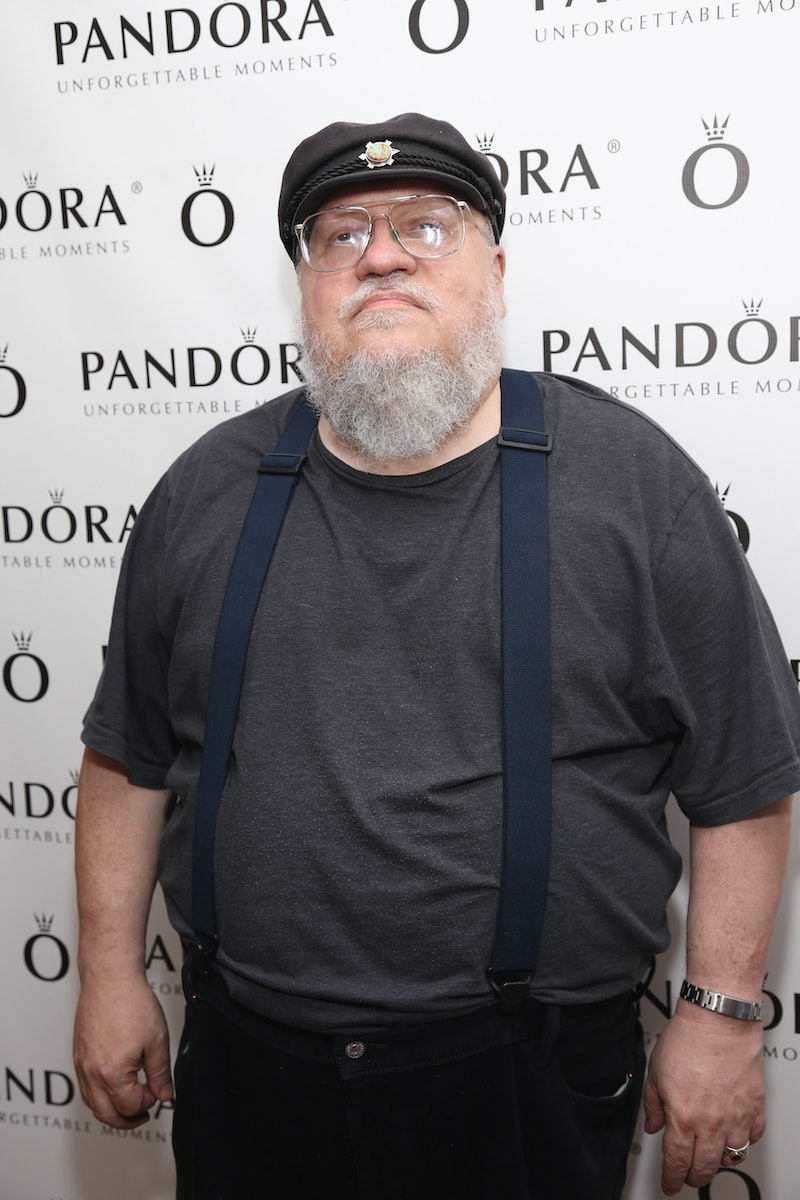 Game Of Thrones has always been a watercooler show, but there was one scene in particular in last night's Game Of Thrones that still has people rankled. By now you've likely heard about it or seen it for yourself: Jaime Lannister, who had previously been on a path resembling redemption, raped Cersei Lannister while she clenched the hand of their dead son and plead for him to stop. Both the director of the episode and the actor who plays Jaime don't seem to get how the scene constituted rape. The entire thing is a giant mess. And now Game Of Thrones creator George R. R. Martin has responded to the rape scene and the discussion it's spurred.

Parts of what occurred in that scene does take place in Martin's A Song Of Ice and Fire series: Cersei and Jaime do have sex practically on top of their dead son's corpse, in the same sacred place it takes place in in the show. And though in the book it's not exactly "enthusiastic consent," it is painted more clearly that Cersei wants the sex to happen. And as we all witnessed in this week's episode, that was a mightily crucial element.

Martin, of course, knows the characters of A Song Of Ice and Fire better than anyone — he also knows what a fine line the series walks when it comes to its more shocking elements. He hits on both in his response, which took place in the comments section of an unrelated post on his blog (emphasis mine).

As for your question... I think the "butterfly effect" that I have spoken of so often was at work here. In the novels, Jaime is not present at Joffrey's death, and indeed, Cersei has been fearful that he is dead himself, that she has lost both the son and the father/ lover/ brother. And then suddenly Jaime is there before her. Maimed and changed, but Jaime nonetheless. Though the time and place is wildly inappropriate and Cersei is fearful of discovery, she is as hungry for him as he is for her. The whole dynamic is different in the show, where Jaime has been back for weeks at the least, maybe longer, and he and Cersei have been in each other's company on numerous occasions, often quarreling. The setting is the same, but neither character is in the same place as in the books, which may be why Dan & David played the sept out differently. But that's just my surmise; we never discussed this scene, to the best of my recollection. Also, I was writing the scene from Jaime's POV, so the reader is inside his head, hearing his thoughts. On the TV show, the camera is necessarily external. You don't know what anyone is thinking or feeling, just what they are saying and doing. If the show had retained some of Cersei's dialogue from the books, it might have left a somewhat different impression -- but that dialogue was very much shaped by the circumstances of the books, delivered by a woman who is seeing her lover again for the first time after a long while apart during which she feared he was dead. I am not sure it would have worked with the new timeline.That's really all I can say on this issue. The scene was always intended to be disturbing... but I do regret if it has disturbed people for the wrong reasons.

We cannot, of course, burrow directly into Martin's head to find out every detail of what he's really thinking about all this — if we had that power we'd all know who ended up in the iron throne by now. We can assume, though, that it would be uncharacteristic for Martin to publicly gripe about every book-to-screen change the show enacts.

This seems like the closest we'll get to that kind of public distaste to a change, and there's no better scene for it to be aimed at: That scene, whether the show's writers realize it or not, completely derails Jaime Lannister's redemption arc — he started that arc through a public distaste for the sexual assault rampant in Westeros, so sexually assaulting the woman he claims to be in love with isn't exactly a great way to continue through that arc. And while that scene in the books was certainly meant to shock and appall — sex on the dead son's grave and all — Martin seems perfectly aware that the changes made in the adaptation twist that scene into something even more potently horrific.

Now if only he weren't the only one related to the series making that view evident.