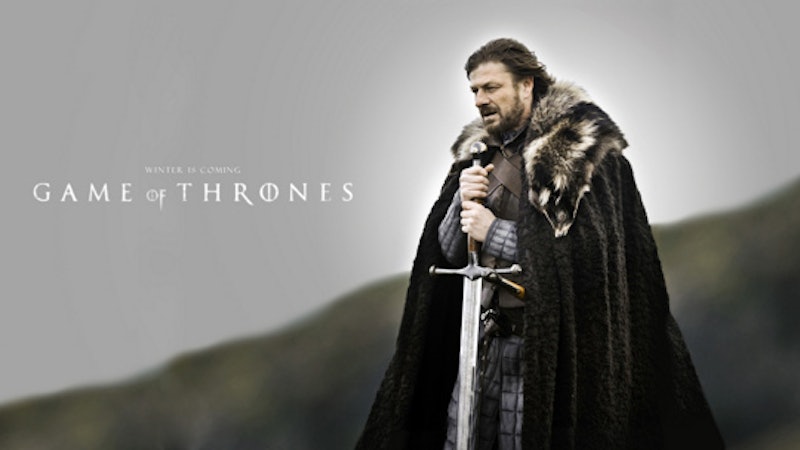 Last Sunday, Game of Thrones had a game-changing moment: Jaime Lannister raped his beloved (in more ways than one) twin sister Cersei. It was a shocking moment that was not only out of character but a huge departure from the books, in which the sex scene is consensual. But surprisingly enough, it's not the first time something like this has happened on the show.

Remember when Daenerys got married to Khal Drogo in Season 1? It was a bleak scene, made all the more bleak by their sex scene, which clearly took place without Dany's consent. However, in the books the scene is enthusiastically consensual (although Dany is still a minor). Yet instead of realizing how Dany's rape would affect the dynamic of her relationship with Drogo, the showrunners decided to carry on with the rest of the book's plot as usual, having Dany fall in love with Drogo. So instead of being a story about two people slowly realizing their love for one another, Dany and Drogo's story became a story of a woman changing a "savage" man — essentially, a story of Dany "changing" (as if such a thing is possible) and subsequently falling in love with her rapist.

Obviously, the dynamics of Cersei and Jamie's relationship are different. Their relationship is much more fraught and complex, and will never be read as a simple love story. But nonetheless, how the show proceeds with these characters for the rest of the fourth season will be important. In Dany's case, the rape scene happened and was never discussed again, and the consequences were never felt. Game of Thrones needs to learn from its mistakes and not simply forget Cersei's rape.

Unfortunately, the show seems that it will most likely proceed with business as usual. It's especially unfortunate because this is the point in the story where Jaime begins to seek redemption. He's taking responsibility for his actions and trying to live his life with some sort of honor. But if the show completely disregards Cersei's rape and continues to put Jaime on the path of the redemptive hero, it sends an extremely problematic message.

Yet, it seems as if the show will continue to soldier on without acknowledging what happened; in the show's next episode, "Oathbreaker," Jaime's described only as tasking Brienne with his honor (presumably, sending her on a quest to find Sansa).

The strength of the Game of Thrones series is that it's a fantasy world that operates much like the reality we know, but the way it treats sexual assault is not reflective of the experiences of real survivors. This is not to sound like a book purist — in fact, it's good that the show make some changes to the book's narrative — but in more than one case, those changes consist of inserting a scene of sexual assault that has no other bearings on the show's plot.

This sends a dangerous message: that rape is not deeply affecting, that women can just "get over it" and move on with their partners. The problem isn't that rape happens in Westeros; we know it's a part of that culture. The problem is that it happens to important characters, seemingly for no reason, and is never discussed again.

The real fantasy in HBO's Game of Thrones is not dragons or white walkers — it's occurrences of sexual assault that seem to disappear as soon as they happen.