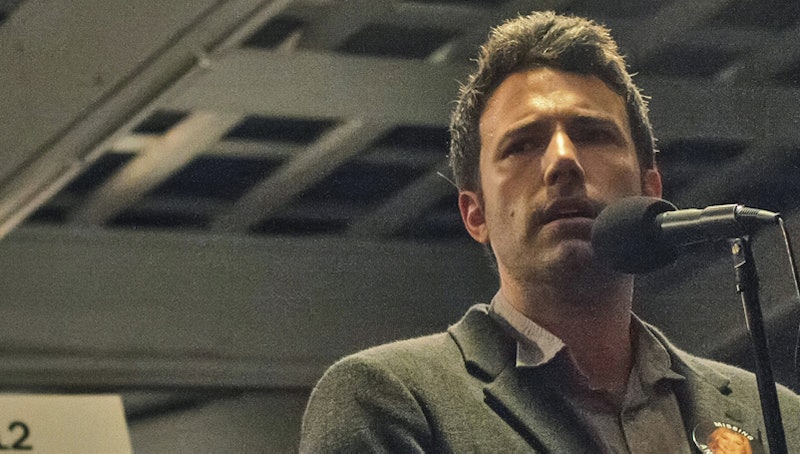 The adaptation of Gillian Flynn's twisty mystery novel Gone Girl into a feature film directed by David Fincher already has a lot of eyes on it. The first trailer made the song "She" creepy for at least the next half a decade, and there have been rumors that the film changes the book's ending. Flynn recently talked about that Gone Girl ending in a Reddit AMA, and basically told us all to stop worrying for a bit.

Tell your girlfriend not to worry [about the changes] — those reports have been greatly exaggerated! Of course, the script has to be different from the book in some ways — you have to find a way to externalize all those internal thoughts and you have to do more with less room and you just don't have room for everything. But the mood, tone and spirit of the book are very much intact. I've been very involved in the film and loved it. Working with David Fincher is pretty much the best place to start for a screenwriter. Screenwriting definitely works different parts of your brain than writing a novel. I do love that with novels, you can really sprawl out–it feels quite decadent. With screenwriting, you have to justify every choice. It's a nice discipline, but definitely not decadent.

This is rather par for the course, really: There have been enough book-to-movie adaptations that have severely disappointed viewers that it makes sense for people to be automatically wary. This can be somewhat tempered when the novel's author is the one writing the screenplay — as Flynn is here — in that it provides a sense of loyalty to the original story. Having David Fincher involved doesn't hurt, either.

Gone Girl the novel is filled with a lot of twists, some of which easily lend themselves to the screenplay format and some of which do not. Part of the latter is the emphasis the book places on being inside a character's head — and that's not something we can really get a grip on in the film until we see the performances of those characters.

Rest assured, this Gone Girl movie is bound to offer up its own twists and turns, even as it promises to retain the spirit of the book.