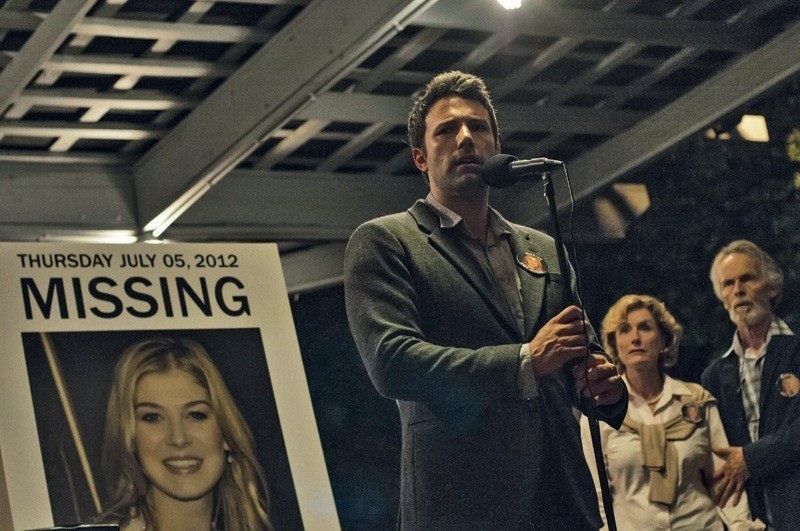 After torturing us with a trailer for the trailer and a mysterious teaser poster, someone at 20th Century Fox finally gave in and released the first Gone Girl trailer, providing fans with a look at the adaptation we've all been impatiently awaiting. The movie isn't due in theaters until Oct. 3, but since many fans have been waiting for it ever since Gillian Flynn's book was released in June 2012, the trailer couldn't have come soon enough.

Just because they're excited, however, doesn't mean that they want to know everything that's going to happen. Even those who did read the novel don't know exactly what to expect, since director David Fincher completely changed its ending for the movie. But that's the way it should be. A big part of what makes Gone Girl so great is its suspense, so the movie needs some shocking twists to keep audiences hooked.

The trailer reveals just enough the plot without going too deep into anything or spoiling one of the biggest twists for those who haven't read the book. Instead, it shows how complicated the relationship between Ben Affleck's Nick Dunne and Rosamund Pike's Amy gradually becomes and what happens right after she disappears. Scenes of the couple happily kissing in the beginning of their relationship are intercut with the search for Amy and Nick defending himself against the allegations that he killed her. We also get a brief look at Tyler Perry as the detective investigating the case, though unfortunately not at Neil Patrick Harris as Amy's ex-boyfriend or Casey Wilson as her neighbor and friend.

Still, it's a promising look at the highly-anticipated film. Like the poster, this first trailer creates a dark and mysterious tone, perfectly suited for the thriller its based on. Watch the trailer below to get a taste of the main characters, the plot and the tone, but, thankfully, none of the really important stuff.