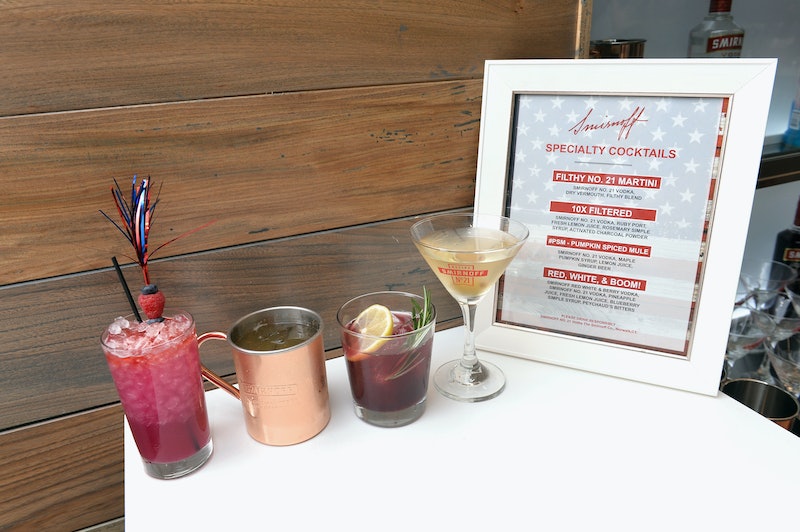 Don't get too excited over the approval of powdered alcohol, or Palcohol — it was a false alarm. Although the Alcohol and Tobacco Tax and Trade Bureau gave Palcohol the stamp of approval April 8, a bureau representative told The Associated Press that the "label approvals were issued in error," and Palcohol isn't really approved at all. Lipsmark, the parent company of Palcohol, gave up the label approvals on April 21, saying there was a "discrepancy on our fill level — how much is in the bag."

According to the Palcohol website, there are six different types of powdered alcohol, including cocktails (Lemon Drop, Mojito, Powderita, and Cosmopolitan), as well as rum and vodka. Each packet will contain the equivalent of one shot. Well, little packets will be awfully easy for youngsters to sneak past their parents — good going, Palcohol.

It is unclear how exactly the product made it past federal regulations, especially considering the fate of the equally frightening-sounding Vaportinis. Palcohol is directly targeting sporting events and concert audiences, assuring potential users that there is nothing worse than watching football or a live music event sober. What, after all, is football without alcohol?

Palcohol offers a cheap (and potentially dangerous) alternative to traditional, more expensive drinks that one would normally order. But Palcohol is also diverse in its consumption methods, as its website boasts that you can, in fact, snort Palcohol, but that doing so would be “irresponsible.” Just like suggesting that your customers should snort your product.

Not so fast, Palcohol! You're not the first ones to try to patent powdered alcohol. Penn State University Professor John Coupland told The Associated Press that there were numerous patents filed throughout the years for powdered alcohol, including one in the 1970s by General Foods Corp. Well, that one obviously didn't go through.

We will just have to wait and see if Palcohol will, in fact, hit a liquor store near you soon. If it does, just remember not to snort it. Palcohol says that can be done, but shouldn't be. Yup, Palcohol, because it's obviously dangerous.