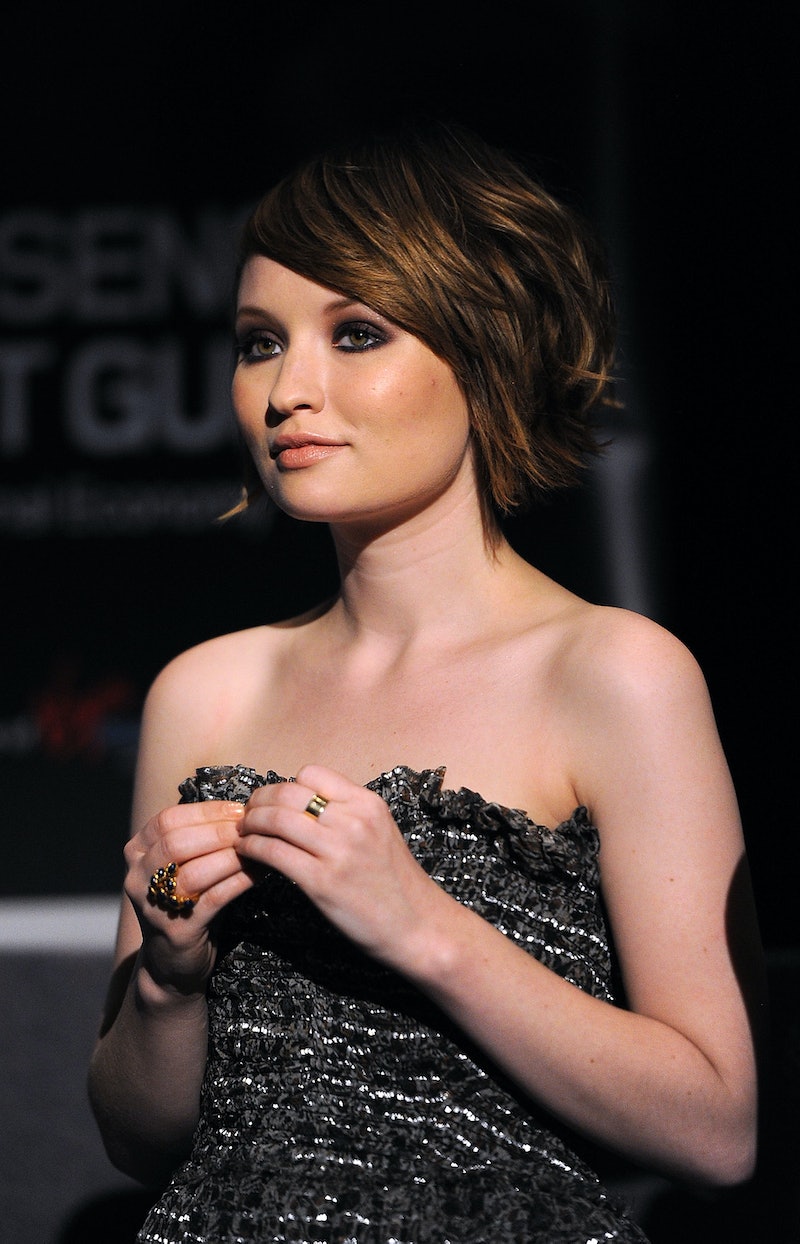 Emily Browning may not have ever truly been destined for mainstream success, but she's one of those actresses who has enjoyed a steady stream of work since her career began in 1998. Browning is in talks to co-star with Tom Hardy in Legend, a crime thriller in which Hardy plays notorious British gangster twins Ronnie and Reggie Kay. Yes, both of them. Hardy's been a household name since he appeared in Inception and followed that up by playing Bane in the last Batman movie and landing a future role as Elton John in Rocketman , but Browning's star has yet to permanently shine in the minds of the people.

Despite not being a familiar name, she's a familiar face to a lot of people for a lot of reasons. What she lacks in mainstream appeal, she has more than made up for in critical acclaim. She's won two Australian Film Institute awards and been nominated for a BFCA Award and a Young Artist Award. She's done everything from young adult films to horror films to independent films. Starring with not one, but two Tom Hardys could finally be what makes her the next Hollywood It Girl, but until then here are just a few of the big things that Browning's name has been attached to in the past.

1. A Series of Unfortunate Events

Browning's first big role was as Violet Baudelaire in the film adaptation of A Series of Unfortunate Events. It's one of those book adaptations that fans of the series prefer to think of as never having happened and starred Jim Carrey as the villain, Count Olaf. Browning had been in the acting game for six years by the time A Series of Unfortunate Events came out and it was the highest grossing Nickelodeon Movie until The Last Airbender came out.

2. She Almost Bella from Twilight

Before the Twilight movies came out, Stephenie Meyer had a dream cast up on her website. Henry Cavill was her ideal Edward Cullen and her ideal Bella Swan was Emily Browning. The fans accepted Emily Browning, but cast Gaspard Ulliel as their dream Edward and the Internet flooded with manipulations of the two together. In the end, Browning was approached for the role. She turned down the chance to audition because she had just starred in another movie and was too exhausted to do a trilogy right after that.

Browning was launched into the public eye again when she starred as the main character of Zack Snyder's Sucker Punch. Sucker Punch was a misogynistic hot mess of a movie that would have worked better as a video game, but Browning shined through every unsettling scene, moving seamlessly from drama to action in the company of Abbie Cornish, Jena Malone, Vanessa Hudgens, Jamie Chung and Carla Gugino. She also contributed vocals to the Sucker Punch soundtrack.

In an ironic twist, Max Irons is currently best known for appearing in the film adaptation of another Meyer novel, The Host. Browning and Irons were more or less the inseparable hipster romance to end all hipster romances from 2011 to 2012, when the relationship is reported to have ended. The fact that he's almost two heads taller than her still hasn't stopped being adorable.

More like this
Revisit 1992’s 'A League Of Their Own Cast' Photos After The New TV Series
By Grace Wehniainen
At 28, Lesley Manville Was Acting, Picketing, & Singing Kate Bush Songs
By Olivia-Anne Cleary
Rita Ora & Taika Waititi Are Reportedly Married
By Sophie McEvoy and Catharina Cheung
Are John Legend & Kanye West Still Friends? The Singer’s Latest Update Is Candid
By Brad Witter
Get Even More From Bustle — Sign Up For The Newsletter