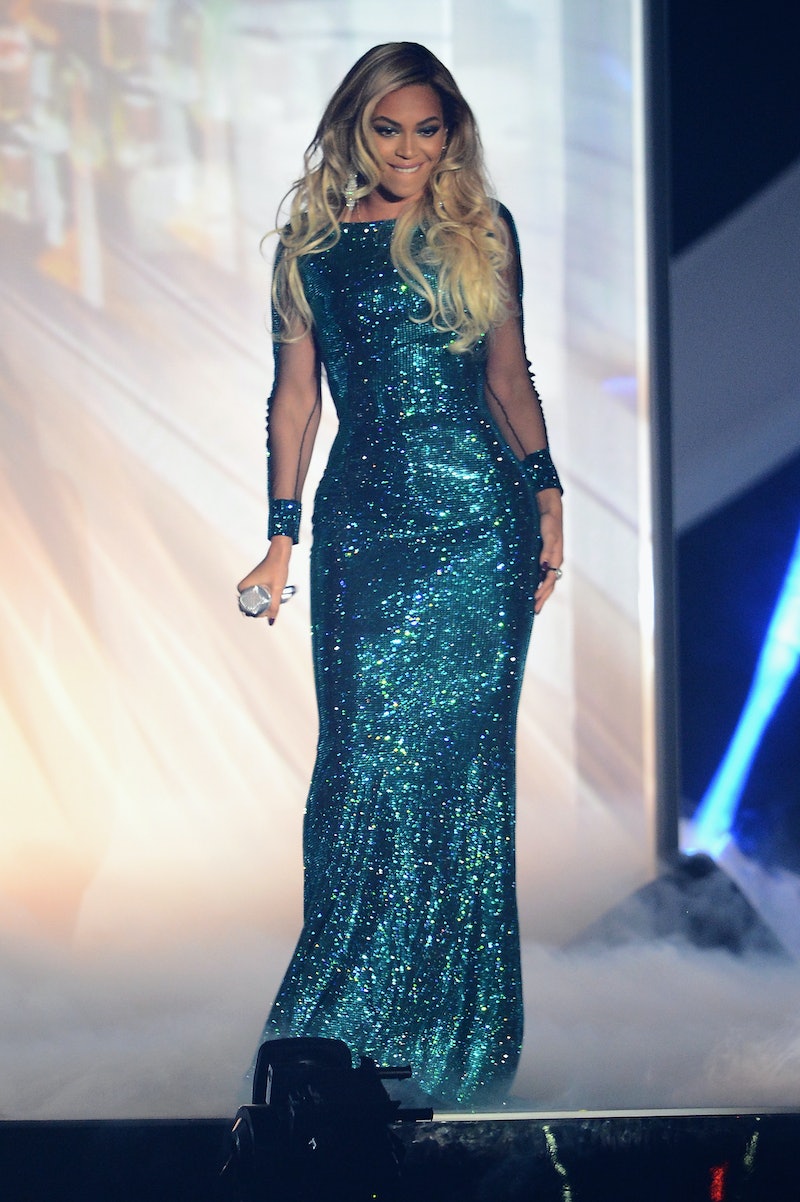 To borrow a phrase from rival pop star Rihanna’s song “Hard”: that Beyoncé reign just won’t let up. It’s true. Today, Beyoncé landed the cover for Time magazine’s new “The 100 Most Influential People In the World” issue. That’s no small feat, especially when you consider that Beyoncé appears on Time’s list alongside people like religious icon Pope Francis and presidential hopeful Hillary Clinton. On the one hand, Beyoncé’s cover makes sense — she’s one of the biggest pop stars in the world right now and her immense talent as a performer simply cannot be denied (I mean, did you see her 2013 Super Bowl Halftime show?).

But on the other hand, it seems as though our love for all things Beyoncé has blinded us to the very real claims of theft and plagiarism that have plagued her career for years. Should we be celebrating the kind of influence that may have allowed Beyoncé to cheat other artists and songwriters from receiving the recognition (and royalties) that they deserve? It’s an important question to ask, and frankly, we just can’t ignore it any longer.

The controversy all started with Beyoncé’s habit of claiming to have “written” songs that she actually co-wrote with other people. For example, in her 2005 Vanity Fair cover story, Beyoncé said that she had “written” seven or eight No. 1 songs as a part of Destiny’s Child, when in reality, she shared writing credit on all of those songs with other songwriters. It’s one thing to omit the “co-” in “co-writing” — it could have been an honest mistake — but it’s another thing entirely to claim to have written a song that you seemingly had no hand in crafting at all.

Shortly after the release of Beyoncé’s 2009 power ballad “Halo," OneRepublic front man Ryan Tedder’s original demo of the song leaked online — and it was virtually identical to Beyoncé’s finished product. So why did Beyoncé receive writing credit on “Halo”? In a recent interview with The Guardian, Tedder said of the controversy surrounding “Halo”:

I can’t speak for all of the songs that [Beyoncé] does but I’ll say this: she does stuff on any given song that, when you go from the demo to the final version, takes it to another level that you never would have thought of as the writer. For instance, on Halo, that bridge on her version is completely different to my original one. Basically, she came in, ditched that, edited it, did her vocal thing on it and now it’s become one of my favourite parts of the song. The whole melody, she wrote it spontaneously in the studio. So her credit on that song stems from that.

Well, that clears things up rather nicely. Though she may not have written any of the song's lyrics, Tedder truly believes that Beyoncé earned her writing credit on “Halo” for her work on the bridge. Singer Ne-Yo has also said that Beyoncé earned her writing credit on 2006’s “Irreplaceable” by crafting the song’s vocal harmonies, not by writing lyrics. But as Tedder’s aforementioned interview continued, he began to muddy the waters a bit, again calling into question Beyoncé’s ethics as a songwriter:

In terms of her other songs, I can’t say. I know there’s a long history, whether it’s Céline Dion or Whitney, of artists transcending being just artists and becoming icons. Can they demand more? Absolutely. Whether you agree with it or not, they can because they can.

So, in essence, Beyoncé can "demand" writing credit on a song because she’s such a big star? That hardly seems fair, but it’s something she’s been accused of doing in the past. In 2010, before he worked on Beyoncé’s album 4, singer Frank Ocean tweeted the following message to his then relatively small Twitter following:

Because of her power and influence in the music industry, it may be hard for some songwriters to "just say no'" to Beyoncé. Most recently, rapper Future revealed that he actually wrote the melody for Beyoncé’s hit, “Drunk In Love,” but, for some reason, he didn't receive credit for his work on the song. If true, that's just not right. It's difficult to give Beyoncé the benefit of the doubt here because the accusations against her just keep piling up.

But the issue extends beyond claims of bogus songwriting credits — Beyoncé has been accused of plagiarism, as well. For example, the concept for her astonishing visual performance at the 2011 Billboard Music Awards seemed to be very similar to one previously used by Italian dancer Lorella Cuccarini. And while Beyoncé admitted to being "inspired" by Cuccarini’s original performance, she never apologized for her actions or even acknowledged that she perhaps borrowed a little too heavily from the artist. Later that same year, Beyoncé was also accused of copying Belgian choreographer Anne Teresa De Keersmaeker in the music video for her song “Countdown.”

It's true that most pop music is derivative on some level, and sure, an artist may think that they’re the first person to use a specific lyric or experiment with a certain sound, but they’re probably not. Some music fans will always jump to call artists out for allegedly copying or stealing from others, even when there doesn’t appear to be sufficient evidence to prove their point. Maybe we just hear more about these claims of plagiarism against Beyoncé because she is so incredibly famous.

There are many sides to this issue, and I don’t claim to know the capital T truth of it all, but it seems a little misguided for Time to herald Beyoncé as one of the most influential people in the world when there’s a chance that her influence has been established by stepping on the backs of others and taking advantage of those who are less famous and thus less powerful than she is. As Tedder said, it's possible that some artists essentially "earn" the right to songwriting credits due to their statuses as legends in the music industry. Again, that doesn’t seem entirely fair to me, but perhaps that’s just "the way it is."

So, does Beyoncé deserve to be included in Time's "The 100 Most Influential People In the World" issue? As I said, I don't have all the answers, but I'm not so sure.

At the very least, it's an important issue that warrants further discussion.