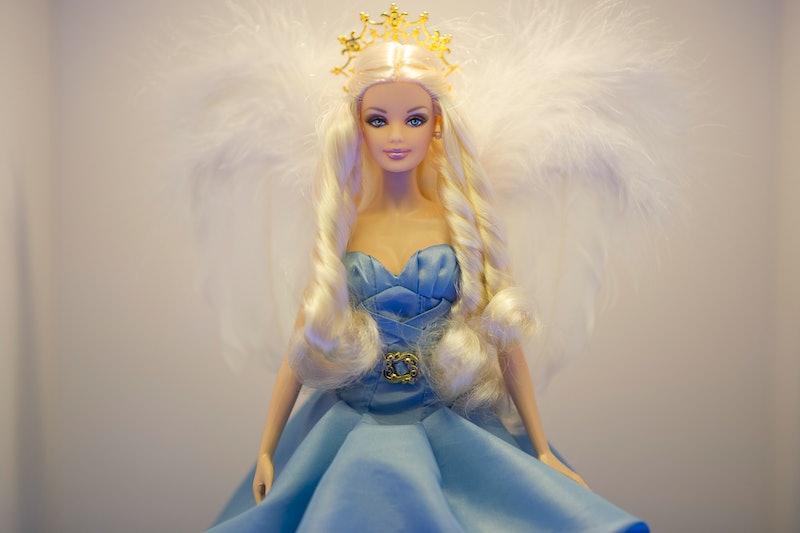 Well, this is just a huge missed opportunity. It was announced Wednesday that the leggy doll most of us grew up playing with, Barbie, will be getting her own live-action movie. We can only hope that whoever stars as Barbie will look more like a real human being than Courtney Stodden, but we know better than to hold our breath. Especially after we received the first bit of information regarding the story's plot, it seems Barbie is just as conforming as her 1960s counterpart. "Sources say the first movie will be a two-hander that teams Barbie with an overworked bureaucrat looking for an assistant," reports the Hollywood Reporter.

With the abundance of controversies the doll has inspired over the years, it seems 2014 would be the perfect time to make a live action Barbie film (if we must) that features a strong, independent, and "real" woman as it's lead. But alas, we have the "assistant to an overworked bureaucrat" model instead. So let's take a moment to pretend the studio behind the Barbie movie isn't throwing an entire generation of women under the bus, and offer up some suggestions of better careers for the soon to be life-sized doll. Important to note that these are all careers Barbie has held in the past.

Look out Coach Taylor, there's a new, hotter (OK, maybe not hotter) football expertise on the block, and her name is Barbie.

Barbie was a surgeon in the early '70s, so it seems like quite the demotion to only be an "assistant" now, doesn't it?

Straight out of Do the Right Thing:

More like this
Andie From 'How To Lose A Guy In 10 Days' Is A Total Gemini
By Nina Kahn
12 Years Ago, Austin Butler Manifested His Oscar Nom In This Disney Movie Scene
By Jake Viswanath
Rupert Grint Just Shared A *Major* Update About Ron Weasley’s Future
By El Hunt
Sandra Bullock’s Razzies Speech Proves She’s The Ultimate Miss Congeniality
By Sam Ramsden
Get Even More From Bustle — Sign Up For The Newsletter
From hair trends to relationship advice, our daily newsletter has everything you need to sound like a person who’s on TikTok, even if you aren’t.