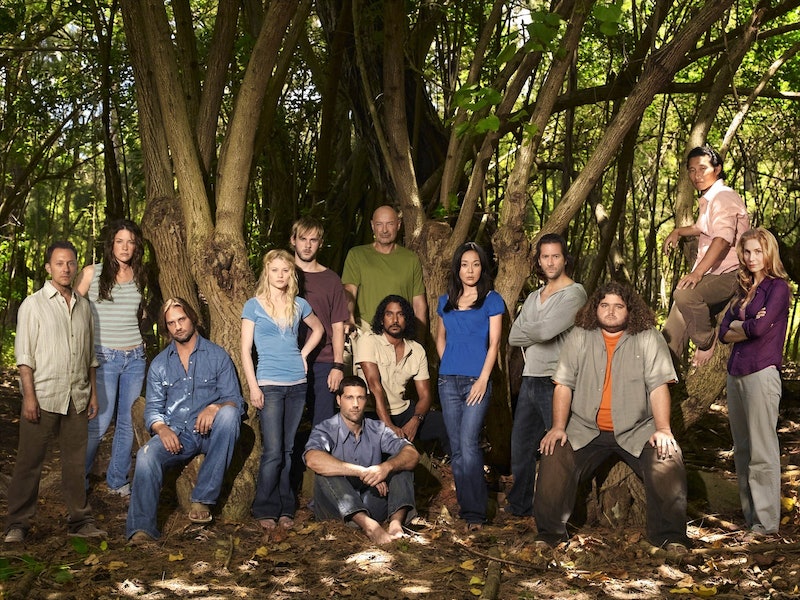 It's been almost four years since the millennium's greatest mystery, LOST, went off the air. Which means we've spent almost four years coping with the post-traumatic stress of the finale of the millennium's greatest mystery, LOST. The end of the Matthew Fox-led series was no doubt controversial — many fans loved its religious ties and what it said about love and relationships, many despised that the ending for a series were were promised was not about purgatory (spoiler alert) was kind of about purgatory, and many were incensed that that damn dog made us cry through our fits of anger. But whatever feelings we've been able to toss aside like Nikki and Paulo since LOST's end are going to be dug up like Nikki and Paulo never were. Because, according to executive producer Carlton Cuse, LOST might get rebooted at ABC.

For the record, Cuse himself is not too keen on the idea, telling EW.com, "I do not begrudge ABC the opportunity to do something more with the franchise. But we told the story we wanted to tell, and I think there’s kind of a wonderful sense of closure for us." Still, the very fact that a LOST reboot is a kernel of an idea will send any fan of the show through hysterics that only a Dharma sedative can treat. How do we feel about the possibility of a LOST reboot? Here's our emotional journey upon hearing the news, which is far more traumatizing than any storm monster meddling in the bushes:

First, a Line in an Interview Opens Our Eyes

A LOST Reboot? Could It Be True?

But... But... We Already Know What Happened to Oceanic Flight 815's Survivors!

And, ABC, We Didn't Like What Happened to Oceanic Flight 815's Survivors!

But Maybe That Means a LOST Reboot Be a Good Thing?

Might It Actually... Answer Some Of the Original Series' Lingering Questions?

And Make Up For Its Flaws?

Like, What Was the Deal With the Hurley Bird?

Where Did Richard Buy His Eyeliner?

And What Was the Deal With Walt?

At the Very Least, A Reboot Could Include Some Brand-New Characters!

But What's a LOST Without Sawyer?

But Can a Sawyer Exist Without a Freckles?

And If Freckles Isn't There To Go Into the Woods When She Isn't Supposed To... Will Anyone Die?

Perhaps in This Version, Some Minorities Might Actually Live

No, No, No. We Need Our Island Friends. We Need a Sawyer. And a Hurley. And a Juliet. And a Libby. And a Penny. And a Ben. And a Vincent. Just Not an Ethan or Anyone Related to Tom Cruise, Please.

TOO MANY POSSIBILITIES. Ugh, I Need a Dharma Beer.

When Exactly Would This Air Anyway?

Is This a Trap?

Oh God, Where Are Those Apollo Bars? I Need to Eat All Of These Feelings

We Can't Forget the Pain and Anguish That Finale Brought Us.

Wait, Can It Be Centered On Vincent Instead?

But We Might As Well Sit Back and Accept It, No Matter How It Looks. After All, As ABC Would Tell Us...