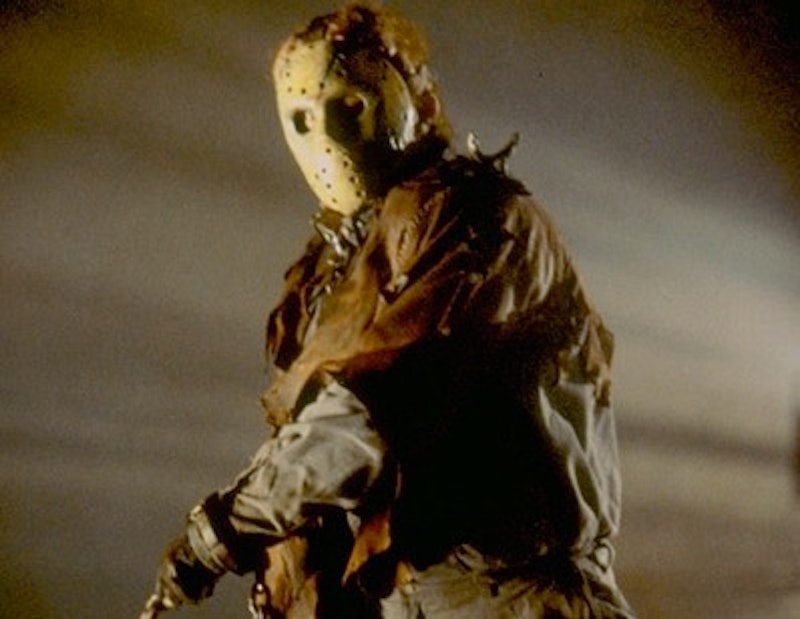 While superheroes are busy dominating the big screen, it seems like horror movies are doing their best to conquer the small screen. American Horror Story aside, there's A&E's Bates Motel is acting as a prequel series to the cult classic Psycho, Hannibal is giving a whole new look at the titular criminal from Silence of the Lambs, and Rosemary's Baby is being adapted into a two-part mini-series by NBC. A third classic will soon be joining them in the form of Friday the 13th being adapted into an hour-long drama series. No details have been released other than that, but what more do you really need to know?

Friday the 13th tells the story of the poor, misguided teenagers who tried to re-open an abandoned campsite called Camp Crystal Lake. Spoiler alert: Most of them die. As it turns out, Camp Crystal Lake is the same camp at which a young boy named Jason Voorhees drowned because the camp counselors who were supposed to be watching him were too busy having sex. Apparently, they hadn't heard that you should never have sex in a horror movie. It's one of the cardinal rules!

The most recent incarnation of Friday the 13th was the 2009 remake starring Supernatural's Jared Padalecki, Danielle Panabaker, and Derek Mears. It's also been the subject of a crossover film with Nightmare on Elm Street called Freddy vs. Jason. Jason Voorhees has never quite faded from the public's consciousness and there's still so much that can be done with his story.

The twist of Friday the 13th — that the murders were being committed by a vengeful Pamela Voorhees, Jason's mother — sounds like the perfect set up for a Bates Motel-esque level of mother-son co-dependence to explore over the course of the series. Jason took over as the main antagonist of his own film series from Friday the 13th Part 2 onward and following his adventures after his first actual murder could repeat the success of Hannibal. They could even take the story in an entirely different direction and set it after the film franchise, as if it's not so much a remake as a continuation.

The original director of the Friday the 13th film is on board to executive produce the television show and if there's anyone who will understand the characters, it's definitely him. If the show is successful, maybe Hollywood will consider the Nightmare on Elm Street spin-off I've mentioned before. Think of what an epic crossover episode that would make.

More like this
Here’s Everything Coming To & Leaving Netflix In February
By Jake Viswanath
Another Side Of Rupert Grint
By Maria Sherman
At 28, Rosie Perez Risked Her Career To Stop Playing Stereotypes
By Gabrielle Bondi
'Stranger Things' Finn Wolfhard Is “Proud” Of Noah Schnapp For Coming Out
By Sophie McEvoy
Get Even More From Bustle — Sign Up For The Newsletter
From hair trends to relationship advice, our daily newsletter has everything you need to sound like a person who’s on TikTok, even if you aren’t.