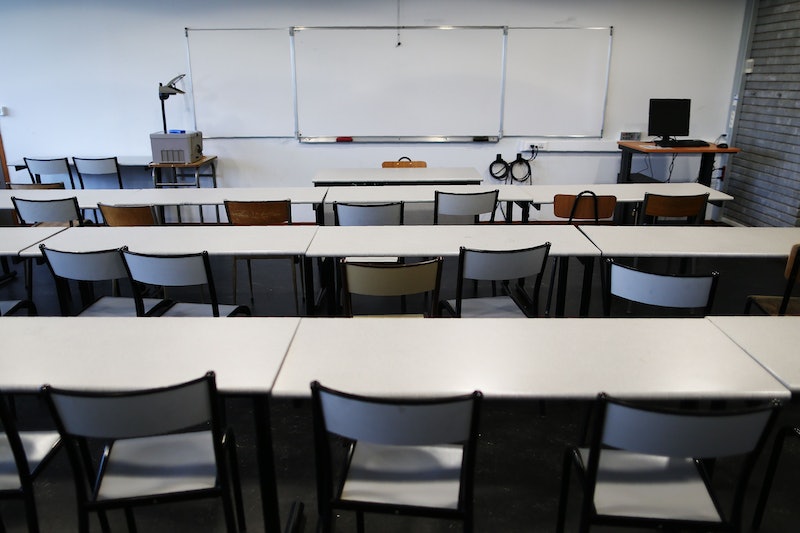 Awful news from Jonathan Law High School in Milford, Connecticut Friday morning: a female student was stabbed and killed in a violent attack. Early reports from the school, unconfirmed by law enforcement, allege that junior Maren Sanchez turned down a prom invitation from a male student before the lethal assault. A police officer, speaking to Reuters on condition of anonymity, the girl was both choked and stabbed. Subsequent reports have indicated she died after being rushed into emergency care at a nearby hospital.

Reports of the scene of the crime are extremely grisly. Milford Police Chief Keith Mello declined to describe the precise nature of the attack or the weapon, but indicated that injuries to Sanchez's neck were the most serious. A 16-year-old junior, Sam Garcia, described the ghastly scene: "There was blood on her neck. It was awful. I saw the girl lying on the stretcher when they took her out."

One junior, speaking to Fox News, claimed a teacher who witnessed the altercation saw it happen in a stairwell, moments after the attacker's rejection. The junior's second-hand account is that the attacker choked Sanchez, pushed her down the stairs, then stabbed her.

The gruesome scene prompted an early dismissal from school for the rest of the student body, who had been expecting to cut loose at their junior prom later in the day. The prom has been officially postponed — the obvious decision, in light of the horrifying and traumatic events that appear to have unfolded around it.

Another prominent prom-themed story Friday morning, perhaps ill-timed, was brought by Good Morning America, which has lately been promoting stories of dramatic and romantic prom proposals. They've since offered no statement on the segment, nor removed it.

According to NBC News, the boy who killed Sanchez is now under arrest. Milford School Superintendent Elizabeth Fraser called Sanchez "just a wonderful young woman" — a young woman who, devastatingly, has had her life stolen from her.