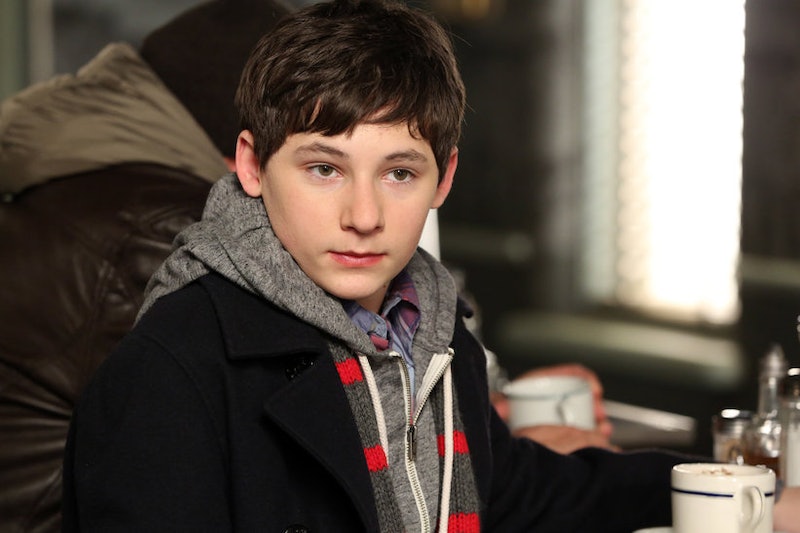 So, we didn't actually know everything we thought we knew. On last week's episode of ABC's Once Upon A Time , it seemed like the series had given us all of the answers about the Wicked Witch's plan. But, apparently not, because there's so much more that needed to be remembered, including Henry's long-lost memories. Yes, that's right, Emma finally decided that it was time for Henry to get his memories back and we all rejoiced that that storyline was finally over.

Henry's teenage angst hit an all-time high on Sunday night when he tried to steal Emma's car and run away back to New York. First of all, the last time you tried to drive, you crashed your grandpa's truck and almost killed yourself — so getting behind the wheel again to take a road trip probably isn't the best idea, Henry. But I guess I'll have to leave the parenting to Emma. Anyway, Hook intercepts him and makes it seem like he's going to put him on a ship with Mr. Smee and get him out of Storybrooke that way. So why did Henry want out so badly? Because he sensed that everyone was lying to him. We get it, because we were frustrated about that too, but that was really overdramatic.

In the meantime, Emma, Snow, Regina, and Charming are trying to figure out how they'll get that missing year back — and, of course, they deduce that Henry is the key. Cue the return of the mystical, magical storybook that brought Henry and Emma together in the first place. Apparently, Snow is the only person that can call to it from the great beyond library where it hangs out. (This was all very Hocus Pocus and random.) After Emma rummages through the stuff from Snow's closet to no avail, Snow pulls a Hermione and is all like, "Oh, move over," and pulls the book out a box of sweaters. You go, girl.

Now, here's the big problem with all of this: No one says anything about giving Henry his memories back just because he doesn't deserve to live like this anymore. Sure, he gets them back (with a lot less anger and teenage hostility than we thought) and his moms love him and save him from being killed by Zelena and everything is great. But Emma only did this as a means to an end — that end being to stop Zelena.

Henry was granted the courtesy of getting his memories back only because everyone else in Storybrooke needed to remember the missing year. I'm sorry, but it seems like a better time to let the kid live would've been when his father died a heroic death. But that's just me. This whole situation, masked under the premise of everyone loving and wanting to protect Henry, is really meant to just use him. Which really makes me feel bad about calling him whiny, annoying, and otherwise bad luck over the course of this season. I don't doubt that everyone loves Henry and that they'd do anything for him, but Emma made a serious mistake when she kept him from his real memories for so long. And an even bigger mistake by only giving them back for the good of Storybrooke.

We get it, Emma, you're the Savior and you've got obligations — but you've got to start paying better attention to what's actually good for your kid. Please.