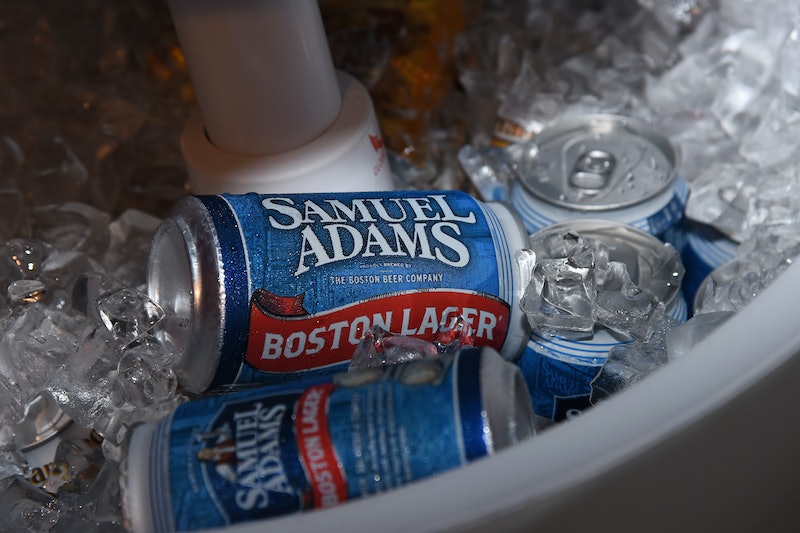 Are you a lightweight when it comes to booze? There may be an easy way to stop yourself from getting too drunk too soon — and according to Boston Beer Company co-founder and chairman Jim Koch, the solution is in your local grocery store’s baking aisle.

Esquire’s Aaron Goldfarb recently spent a day hanging out with Koch, who many will recognize as “that guy from the Sam Adams commercials”; naturally a lot of beer was involved, so after a few cold ones, Koch revealed his secret to keeping his wits about him at boozy festivals and events: Yeast. “Active yeast. Like you get at the grocery store,” Koch said. He stirs a teaspoon of Fleishmann’s dry yeast into some yogurt and eats it before he goes on a drinkathon, claiming it stops him from getting wasted quickly.

Koch was good friends with the late, great Joseph Owades, who held a BA, a JD, and an MBA from Harvard and PhD in biochemistry from Brooklyn Polytechnic Institute. Owades probably knew more about fermentation and alcohol metabolism than anyone in, quite literally, the history of the world; Koch himself also calls him “the best brewer who’s ever lived.” Active dry yeast has an enzyme in it called alcohol dehydrogenases, or ADH, which is able to break down alcohol molecules. This breakdown also happens in your liver whenever you drink. Apparently Owades figured out that if you’ve already got ADA in your stomach when you drink, it’ll start breaking the alcohol down before it gets into your bloodstream.

…But I don’t know. I love Sam Adams as much as the next Boston girl, but I’m skeptical. Owades had apparently been trying to patent a yeast-based pill used to stave off the effects of drinking, but never managed to get it approved; although the patent application as seen on Justia seems to indicate that the remedy might have worked as it was intended to, the fact that no one was willing to take on the liability of it in the actual market speaks volumes. Furthermore, a commenter at Skeptics Stack Exchange cited two studies that showed ADH is unstable when thrust into environments with low pH levels — like, for example, the stomach. “The proposed mechanism of the higher alcohol tolerance is highly implausible,” the commenter wrote. “There could be an effect of eating yeast separate from ADH, or yeast could have isoforms that also work at lower pH. But as the only evidence in favor seems to be anecdotal, I would doubt that eating yeast [h]as a significant effect.”

But hey, at least most of us don’t suffer from a horrifying condition Business Insider brought up: The risk of getting too much yeast in your system could result in something similar to “Auto-Brewery Syndrome,” in which your body basically turns into a brewery all by itself (yikes!). I think I'll just try to rely on pacing myself and not overdoing it on my own, thank you very much!