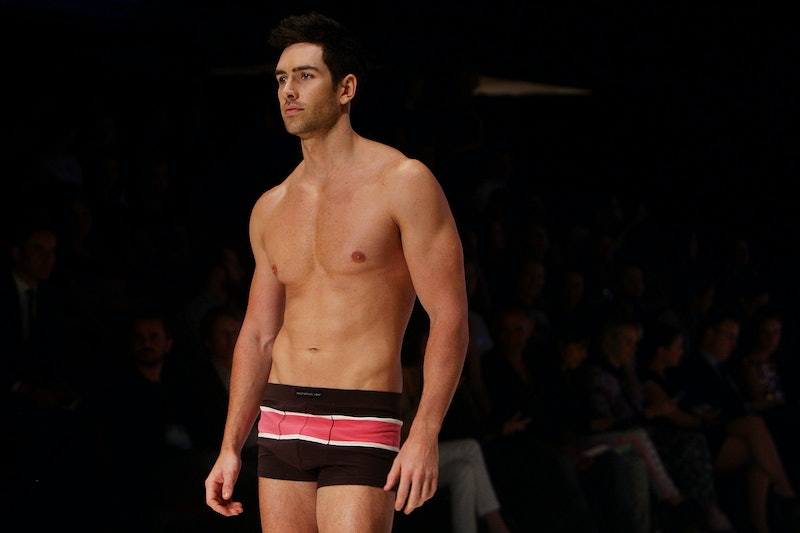 When it comes to a pair of undies, how long is long enough? Do you toss them after a certain period of time, or wait until they've been destroyed? An English survey found that, on average, men keep underwear for seven years. And, honestly, that seems just fine to me.

The survey, which looked at an unknown total of English men, found that men tend to hold on to their underwear until they're literally falling apart and don't shop for new ones very often. "I know I have a tendency to have underwear that still has holes in it," one guy said. Another man offered, "I think it's more of a pain to go and shop for them, unless they are shopped for for us." While this last one is a particularly lazy sentiment (grow up and learn how to shop for yourself, please), the practice of holding on to undies is just not an issue.

The Huffington Post, however, seems to think that this habit is super-gross:

Dudes, we understand that buying underpants probably doesn't top your list of fun activities, but we beg, no we plead, that you make this a priority in your life. We're not sure what you plan on buying your guy for the next big holiday, but may we suggest a new pair of boxer briefs?

I don't know about you, but I have definitely held on to underwear for seven years, or maybe longer. Between periods and lazy days, not every pair in my underwear drawer is designed to be seen.

Although the survey would like us to believe that women buy new underwear as often as they comb the sales rack at Anthropologie (read: as often as possible), this is not the case for me. Phoenix, Arizona, news station KPNX spoke to some folks at Target who said that "women change with the seasons" and that men don't even know how to shop for underwear.

"We see people come in here looking for underwear and have no idea where to look. Clearly they have not bought underwear in years," said one Target employee.

While it may be true that women value pretty underwear more than men do, and shop for them more often, that doesn't necessarily reflect how long women hold on to individual pairs of underwear. Underwear does not have a use-by date and not every pair in your arsenal needs to be particularly attractive. You are not Dita von Teese, and neither is your boyfriend. Hold on to your panties for as long as you want.