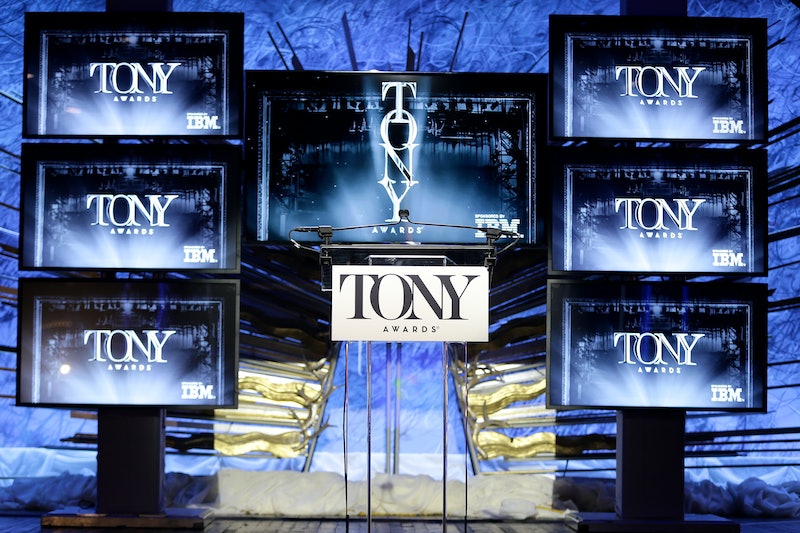 The Tony Awards are on their way and the first stop toward the Broadway award season is the list of nominees. The broadcast will be hosted by Hugh Jackman on CBS on Sunday, June 8 and competition is so stiff that it's been hard to even make a proper prediction on what will happen. The 2013 Tony Awards were a victory for women and people of color, sending three women home with awards for directing and musical score while four performers of color went home with awards for their roles in the shows themselves. In fact, the 2013 Tony Awards made Cyndi Lauper the first solo woman to win a Tony for her score. For an award ceremony that is notoriously white and male in its recipients, the 2013 Tony Awards were a nice deviation from the norm. Will the 2014 Tony Awards follow in those same footsteps?

The potential nominees ranged from Daniel Radcliffe (of Harry Potter fame, as if that needs saying) to Denzel Washington (from Denzel Washington fame, as if that needs saying), not to mention Neil Patrick Harris, Michelle Williams, James Franco, Zachary Quinto, Rebecca Hall and Idina Menzel. What show was going home with best musical was really anyone's guess, although Menzel's "If/Then" and "Aladdin" are both doing well at the box office. By the time Lucy Liu and Jonathan Groff took the stage at the Paramount Hotel to announce the nominees, everyone was clinging to the edge of their seats in anticipation.

Unfortunately, and to great surprise, Denzel Washington didn't receive a nomination at all, although A Raisin in the Sun is one of the contenders for Best Revival. Neil Patrick Harris and Idina Menzel are both nominated, which was to be expected, but the fact that Washington was passed over for a Tony this year doesn't bode well for another ground-breaking ceremony like the 2013 awards.

The nominees for the 68th annual Tony Awards are:

Best Revival of a Play

Best Revival of a Musical

More like this
Kate Bush Reacts To “Mad” Revival Following 'Stranger Things' Cameo
By Sam Ramsden
Just 1 More Award Would Make These Celebrities EGOT Winners
By Hugh McIntyre
James Nesbitt Won’t Join 'Strictly' For A Very Relatable Reason
By Sophie McEvoy
The ‘Love, Victor’ Showrunner Gave Fans Hope For A Possible Spinoff
By Brad Witter
Get Even More From Bustle — Sign Up For The Newsletter