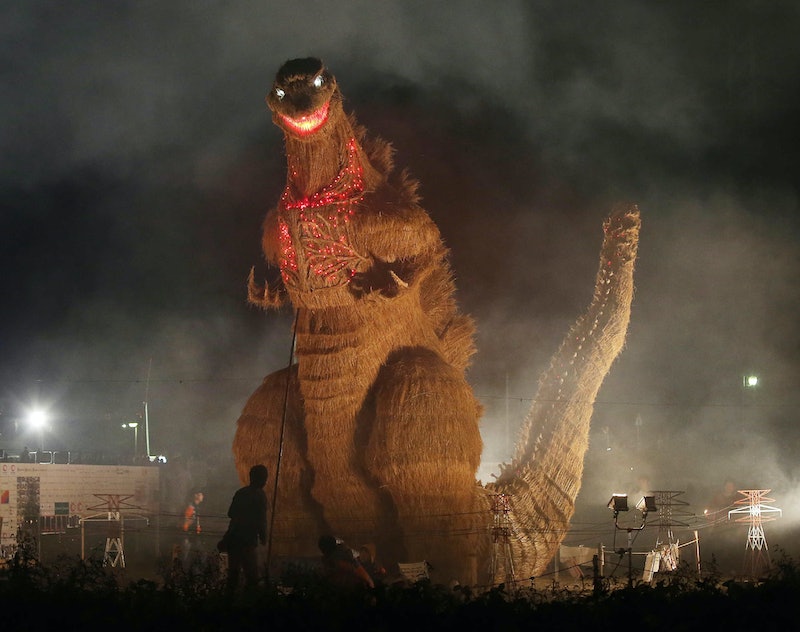 The previous trailers for the upcoming Godzilla remake have avoided showing the monster in much detail. That's an understandable choice. As huge and terrifying as a giant monster rising out of the ocean to rain unholy destruction down on civilization is, the real terror of Godzilla is in the effect it has on people. The crucial human element is present in the relationship between the characters played by Aaron Johnson and Elizabeth Olsen, giving us a hero to root for and a romance to sigh over while Godzilla's busy destroying everything. However, the newest trailer for Godzilla wasted no time in bringing the attention back to where it should have been all along: on the giant reptilian monster.

The trailer isn't long, it isn't extended, and it isn't drawn out. It doesn't need to be. Godzilla is in it. If you weren't watching the movie for Bryan Cranston's hurting hero that got spotlight in the extended trailer or for the decimated landscape of a post-apocalyptic world that was shown in the first full trailer, then you're definitely just here for Godzilla. And who can blame you for that? The marvel of modern special effects has done wonders for a monster that basically used to be a campy, overgrown dinosaur thing.

We also get a look at "the Mutos", the other creatures in the movie that Godzilla will be grappling against. They're basically giant flying bug monsters, as far as I'm concerned, which is more than enough to strike the fear into my heart. There's even a shot of a Muto flying toward Godzilla in what is sure to be the grudge match to end all grudge matches. Because if there's one thing that's better than one giant monster, it's one giant monster fighting a second giant monster.