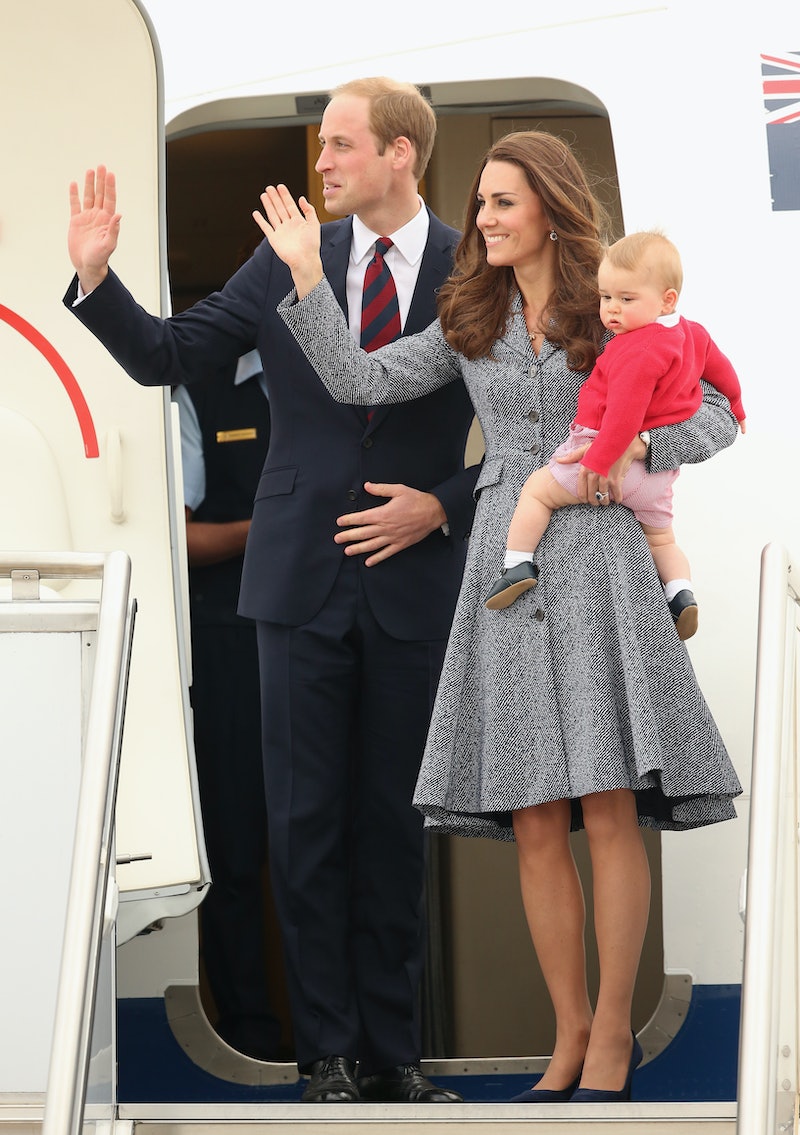 Tuesday marked three whole years since the Royal Wedding between Prince William and Catherine, Duchess of Cambridge. It seems like just yesterday it was literally all anyone could talk about. Seriously, I'm surprised 24-hour news channels didn't self-destruct as soon as it was over (and frankly, I'm disappointed that they didn't).

Now that Prince George is in the picture, and his impending arrival caused international royal fever to reach an all-time high, it's almost easy to forget about Kate Middleton, the girl who set it all off, and how she was once just an unknown, drop dead gorgeous girl from Chapel Row. The rest, as they say, is history, and Ms. Middleton becae an overnight megastar and fashion icon (like, the fashion icon. I'm serious, it's called "The Middleton Effect"). These it's hard to imagine a time before the baby prince, much less before "Princess" Kate, the girl living the Disney fantasy every little girl grows up dreaming about.

It's harder still to imagine that it's been three years since the world eagerly anticipated the soon-to-be-Duchess' walk down the aisle at Westminster Abbey. Three whole years? Like, what's even happened since then.

As it turns out, a lot can happen in three years- here are just a few of big events in pop culture that have happened since the wedding of the century.

Kim and Kanye Got Together

Who I still can't believe they named "North West".

Beyoncé and Jay-Z Had A Baby, Too

The Avengers Was A Huge Hit

And the only cure is more J-Law!

Or stayed really annoying, depending on how you felt about him before all the douchebaggery.

"Call Me Maybe" Blew Up

"Somebody That I Used To Know" Blew Up

Wait, no- IS offensive.

"The Harlem Shake" Came and Went

We Said Goodbye to The Office and 30 Rock

But it was all a prank by Jimmy Kimmel.

The Lights Went Out at the 2013 Superbowl

The Mayan Apocalypse... Or Not

December 2012! It was supposed to happen!

Lindsay Lohan Got Her Own Show

...And Lindsay Lohan's Show Was Cancelled

We Found Out Who the Mother Is

And a lot of other disappointing stuff happened, too.

(So did "Carlos Danger")

Okay, technically it started two days before Will & Kate's big day... but the Game of Thrones cult following definitely took off in the past three years!