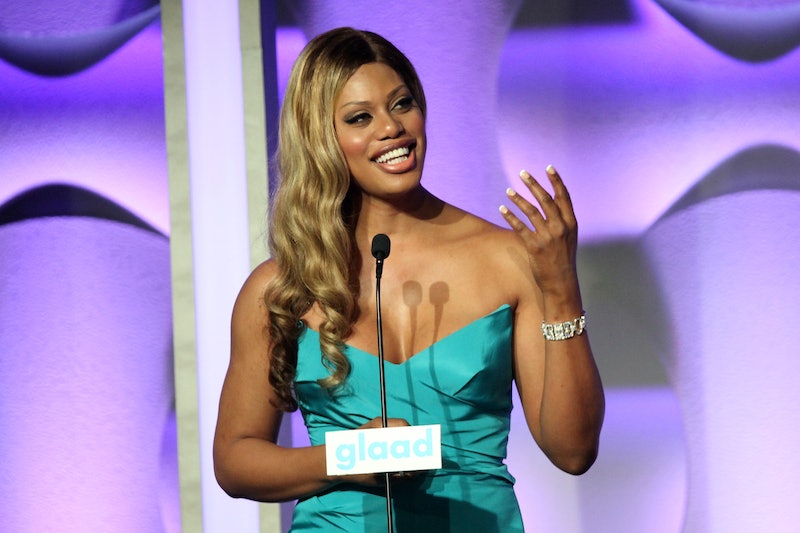 Orange Is the New Black star Laverne Cox is coming to your screen again, this time producing and hosting what's looking like an amazing documentary called Trans Teen: The Documentary, which will debut simultaneously on MTV and Logo. The documentary will be an hour long, and will focus on the lives of four different teenagers dealing with the struggle and tribulations of sharing their experiences with their family and friends. An official press release synopsis already makes us teary: "Ranging in age from 14 to 24 and hailing from diverse neighborhoods across America, each of the four cast members has their own unique story to tell. But this isn’t a story about being an “other” — it’s about being human."

It's difficult enough being between the ages of 14 and 24 without having to live with the societal stigma and misunderstanding of what it means to be trans. It's amazing that Cox is going to host; she has been a voice for the trans community who has truly brought a higher level of understanding to the cis-world about living as a transgender woman. Recently, Cox became the first trans woman of color to receive GLAAD's Stephen F. Kolzak Award for increasing visibility of the transgender community in the media.

It's exciting and encouraging that someone as passionate and compassionate as Cox is not only producing Trans Teen, but hosting as well. In a documentary chronicling the most difficult time of life, adolescence, with the added pain and confusion of feeling like an outsider, Cox is definitely the comforting and eloquent presence that's needed. And her fame and visibility will ensure that the documentary gets viewers — as it should, because it's bound to be a fascinating and humanizing story that deconstructs the myths surrounding what life is like for someone transgender.

Cox is an incredible advocate, and has been open about her struggles to find peace with herself in the face of so much vitriol. We can't wait to see her help these young people tell their stories and find support, solace and strength in the face of intolerance. A tearjerker it's sure to be, but hopefully it also incites other young people to action to advocate for the equality of transgender youth.

Trans Teen will premiere this fall.