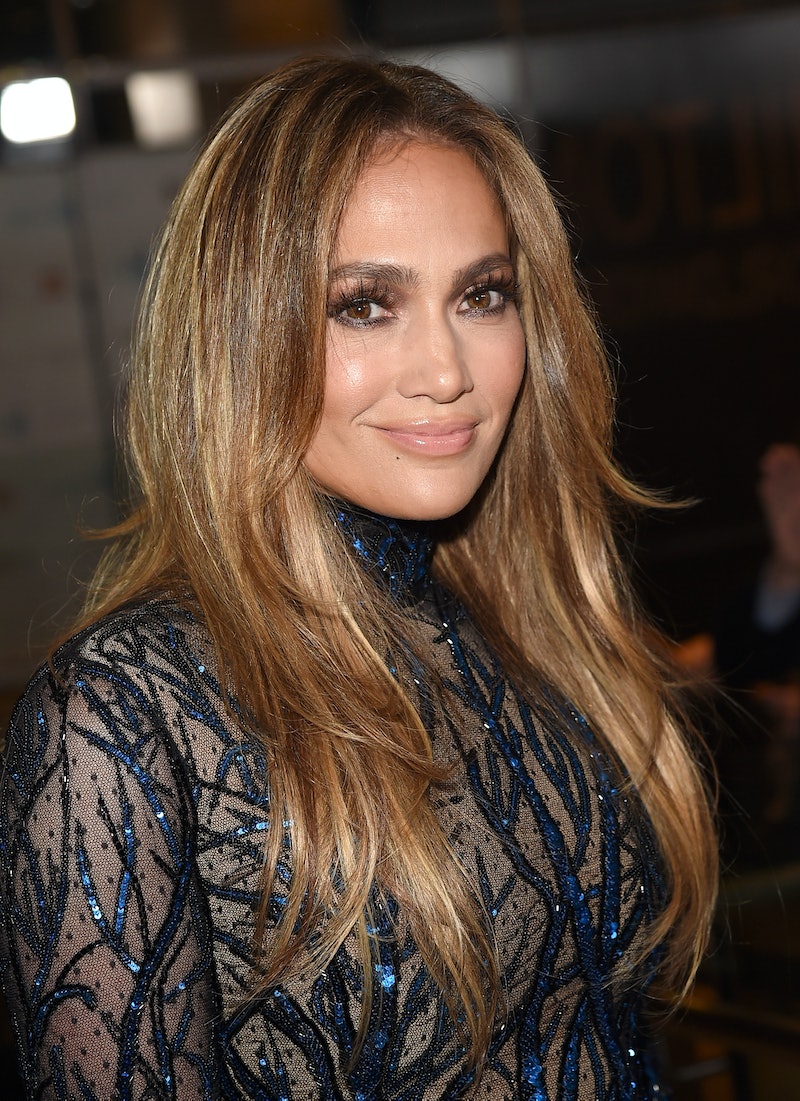 Listening to the radio is about to get a whole lot more interesting: legendary pop diva Jennifer Lopez is preparing to release her tenth studio album soon. Though J. Lo had been stuck in a little bit of a musical rut recently, collaborating with producer RedOne and rapper Pitbull on three separate singles that ended up sounding pretty much exactly the same, I think she’s proven with fresh new tracks like “Girls” and “I Luh Ya Papi” that she’s finally got her head on straight. Lopez held an “intimate listening party” for journalists last Friday in Malibu, and from the sound of things, her upcoming album is shaping up to be her most diverse and impressive collection yet.

While the listening party gave us a lot of information to digest (which we’ll get to in just a second), one issue it didn’t clear up is whether or not relatively new songs like “Girls,” “Same Girl,” and “I Luh Ya Papi” would end up on the album's final track listing. I mean, was “I Luh Ya Papi” the official first single? Lopez did shoot a music video for the song, but its status remains unclear.

With that one little mystery out of the way, here’s what we know about J. Lo’s new album so far:

It Doesn’t Have a Title Yet

Nope, we don’t know what the album title is just yet. I guess Lopez wants to keep fans in suspense!

According to PopSugar, Lopez’s new album is a wonderful showcase of her “surprisingly powerful” voice. Lopez credits life-changing events, such as her divorce from singer Marc Anthony, with showing her just how strong and resilient she had become as a person — and how much she had grown as a vocalist. Reportedly, “Let It Be Me,” a “Spanish-style” guitar ballad produced by Harmony Samuels, is a stunning testament to Lopez’s newfound vocal confidence.

She Finally Recorded a Song About Her Butt

The good news: Lopez previewed a Diplo-produced song called “Big Booty” at her listening party, which is said to have a “frenetic,” danceable beat that is sure to get listeners on their feet. Reportedly, Lopez couldn’t keep herself from twerking along to the track as it played. Diplo is probably most well-known for producing M.I.A.’s “Paper Planes.”

The bad news: Pitbull is featured on “Big Booty.”

She Jumped on the Sia Bandwagon

According to PopSugar, Lopez told listening party attendees that her new album will include a collaboration with singer Sia Furler. Hooray! I mean, sure, everybody’s working with Sia these days, but she’s such a fantastic songwriter, who cares? I would love to hear either an up-tempo dance track like David Guetta’s “Titanium,” or an emotional ballad like Beyoncé’s “Pretty Hurts.” Technically, Lopez and Sia collaborated earlier this year on the Official 2014 FIFA World Cup Song, “We Are One,” but that thing is such a mess, we’re going to just pretend like it never happened.

Chris Brown Is Involved For Some Reason

Idolator reports that Lopez recorded a song called “Emotion” that was written by Chris Brown. Personally, I’ve never found Brown’s lyrics to be particularly unique or interesting, but perhaps this song is an exception! I'm intrigued. We’ll just have to wait and see.

This is probably the most important thing that we learned from the listening party: J. Lo’s next single is called “First Love” and it’s produced by none other than…drum roll, please...MAX MARTIN! According to Billboard, Lopez said of the iconic musician, “Max Martin [is a] genius, man. He’s a super producer, maker of great pop hits. I’ve always wanted to work with him but our paths [hadn’t] crossed. I sought him out.”

Now, it’s no secret that I’m basically in love with Martin, but this should be exciting news for all pop music fans. Martin is so incredibly talented — there are no words. Billboard describes “First Love” as an “upbeat,” “bass heavy” song that “hits hard from the jump.” That certainly sounds promising!

That’s everything! Aren’t you, like, a lot more excited to hear new music from Lopez now? I know I am. Well, to be fair, I’ve pretty much been on board since the “I Luh Ya Papi” music video premiered back in March, but I realize that not everyone is so easily swayed by a catchy song and a bunch of speedo-wearing dudes hanging out on a yacht. I make no apologies — I am who I am.

Rumor has it J. Lo’s new single “First Love” is set to premiere this week on Thursday, May 1.

More like this
'Traumazine' Has Megan Thee Stallion Twitter Dancing Through Their Feelings
By Grace Wehniainen
21 Photos Of Ben Affleck Holding Coffee, Cigarettes, Or J.Lo’s Hand
By Marina Watts
Lisa Kudrow Explained How Her Body Image Changed While Filming 'Friends'
By Grace Wehniainen
Demi Lovato Said Her Dream Music Collaboration Is Hayley Williams
By Grace Wehniainen
Get Even More From Bustle — Sign Up For The Newsletter