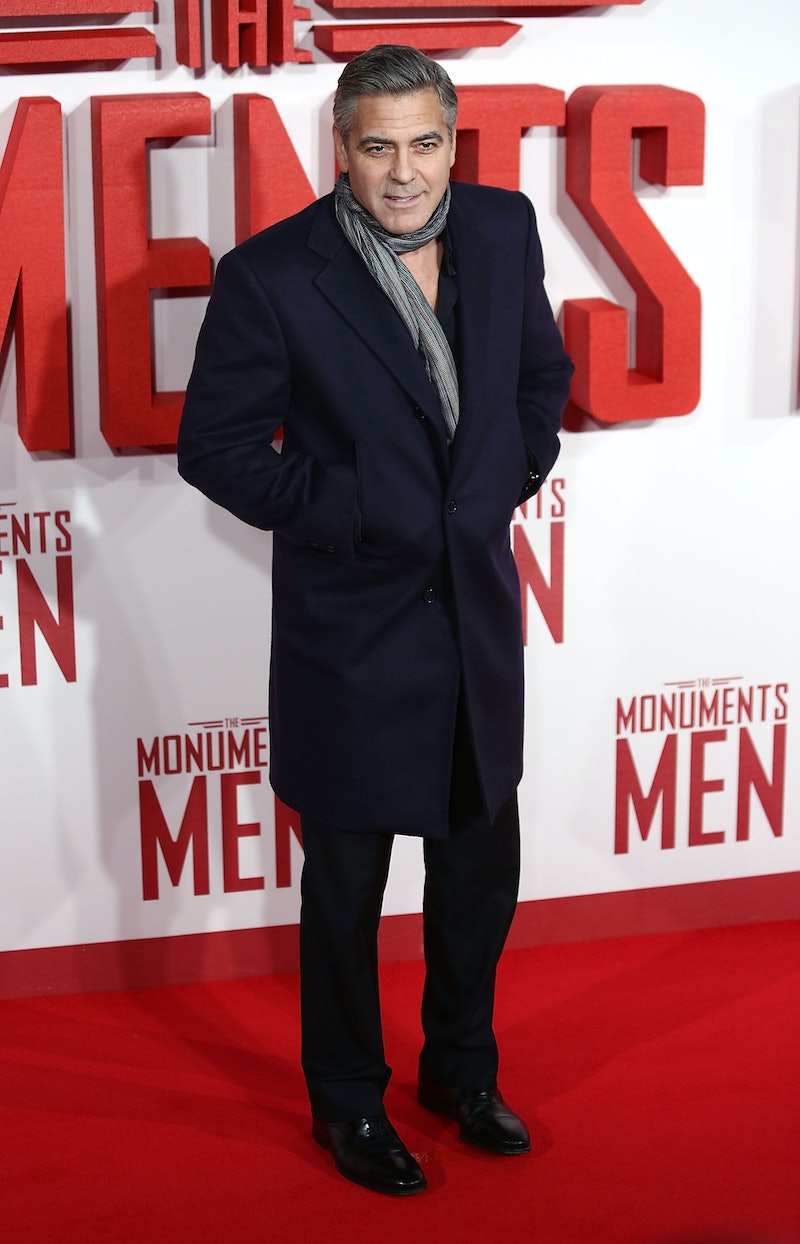 For all of you skeptics out there who refuse to believe that George Clooney is engaged until you see a ring, it's time to give in to reality. George Clooney's fianc é Amal Alamuddin's ring has been revealed. That's right, revealed. She might wear this thing on her finger everyday, but unless an up close shot of it that appears to be taken with a spy camera is printed in a weekly entertainment mag, it might as well not exist.

People magazine got the exclusive photo of Alamuddin's ring and it's pretty spectacular. Okay, honestly, it just looks like a ring. Because they always just look like rings. (Except J.Lo's ring from Ben Affleck because that one was pink and therefore exciting.) I'm sure people that know about these things will see it and gasp and start adding similar engagement rings to their Pinterest boards, but if I had to describe it I'd say it's a square-cut diamond with a tapering effect on a gold band with decorative notches. Thankfully, People has a better description.

It features an ethically mined emerald-cut diamond estimated at 7-plus carats and two tapered baguettes set in platinum.

Here's the ring in all its glory. Ready to ooh and ahh?

Now do you believe that Clooney's engaged? Does this very expensive piece of jewelry prove it to ya? Alamuddin has to lug this thing around all day and I don't think she would do that unless they were really, truly engaged. It's time to accept the facts and move on... to two weeks from now when engagement party photos become available and to two weeks after that when everyone starts speculating about the wedding's location. (It's gotta be Lake Como, right?)