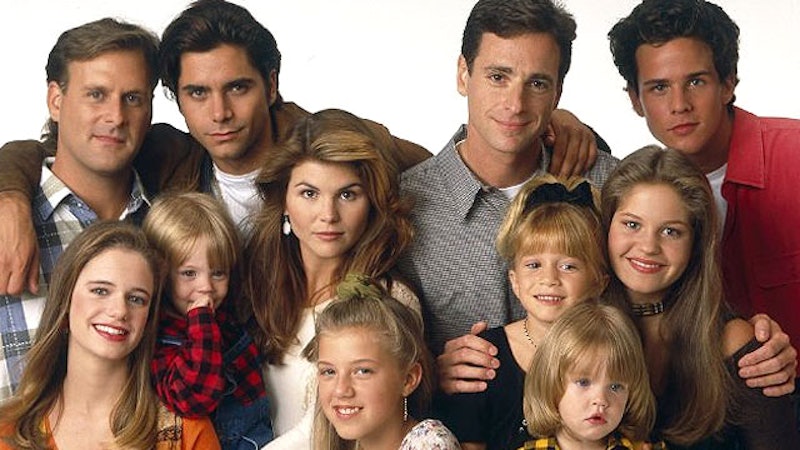 There was one feature that all 1980s and 90s family sitcoms shared, besides the amazing clothes. Every so often, they had to take a break from the usual comedic antics and goofy jokes to get serious with a "very special episode" that addressed some real issue. Of course because these were family sitcoms, very special episodes ended up being some of the cheesiest half hours of TV ever made, with the serious message getting lost somewhere along the way. As a show that managed to squeeze some lesson into every single episode, Full House 's very special episodes were usually completely over the top.

Sure, other sitcoms did it too. There's the infamous Saved By The Bell episode where Jessie gets addicted to pills or The Fresh Prince of Bel-Air's actually touching episode about Will's dad. But Full House stands out for the corniness and sheer amount of very special episodes. Whether the topic was included by having an existing character go through it or introducing someone new just to serve as an example, Full House took its usual heavy-handedness to a whole new level with these episodes.

There are a lot to choose from over the course of the show's eight seasons, so here's a definitive ranking of all 11 very special episodes of Full House.

Issue: The true meaning of ChristmasReason: The issue isn't even an issue. The "true meaning of Christmas" has been covered in every sitcom at some point and as Full House's first very special episode ever, it was disappointing. The cheesiness is there, with the family trapped in an airport with no presents and Santa Claus in disguise, but it's just boring compared to the others. Maybe the Tanner girls were too young to introduce any real problems yet.

Issue: AmnesiaReason: Amnesia? Really, Full House? That's what you're going with for the series finale? There must've been a better excuse to get both Olsen twins on camera at once and flashback throughout the show than Michelle getting amnesia after a horseback riding accident. It was a pretty lame ending and put way too much of the focus on Michelle. If Steve hadn't come back at the last minute, the finale would've been a complete wash.

Issue: Peer pressure/SmokingReason: At least by its seventh season, Full House had gotten around to more realistic issues like peer pressure and smoking, but this one is still pretty tame. Stephanie says no pretty easily and it's her new friend Mickey who actually has to make a decision. But we do meet Gia, who later becomes one of Stephanie's more interesting friends.

Issue: Peer Pressure/BullyingReason: The first time Stephanie deals with peer pressure, it's more fun to watch. She sticks up for a bullied kid at Uncle Jesse's encouragement, is bullied herself, then teaches her old friends a lesson. The overdramatic representation of peer pressure is just funnier when its little kids instead of flannel-clad pre-teens. Maybe it's because young Stephanie is adorable and older Stephanie is just awkward.

Issue: Underage DrinkingReason: The complete absurdity of this entire episode is just hilarious to watch. DJ never even drinks, because that would be too special of an episode, so instead Jesse catches her mocking a group of boys who snuck beer into the school dance. She even smells like beer because the mean boys sprayed it on her. DJ gets in trouble for acting like the corniest pre-teen to ever exist, and Jesse has to top that corniness with his emotional apology. Full House in its glory.

Issue: Reckless driving? Getting in cars with boys you met at the mall? Listening to your sister?Reason: It's hard to pinpoint exactly what we were supposed to learn when Stephanie's friend gets into a car accident, after DJ forbid her from going along on the joyride with two random guys. Be careful who you hang out with, I guess? Don't get mad at your sister when she's trying to protect you? This one gets points for letting one of the girls teach the lesson for once, but loses some because that accident was a pretty big coincidence.

Issue: Eating DisordersReason: It's definitely important to show girls the dangers of eating disorders and extreme dieting, but Full House kind of weakened the impact by making it a one-off story that has DJ develop an eating disorder and be completely cured in the span of three days. Lizzie McGuire did it better—though this episode does feature some pretty epic 90s workout gear.

Issue: Alzheimer's DiseaseReason: Probably the most random issue to ever be shown on Full House, DJ accidentally helps someone with Alzheimer's escape a nursing home and learns all about the awful disease in the process. They didn't make this one as cheesy as they could've, which is a plus, but like so many other Full House storylines, we never see poor Eddie again.

Issue: Child AbuseReason: This is another episode that was handled surprisingly well, with Stephanie finding out her classmate's father abuses him and making the decision to tell someone even though he told her not to. Technically she'd already learned that lesson with DJ's eating disorder, but this one put her at the center and was probably pretty emotional for kids watching it for the first time.

Issue: Death of a Loved OneReason: R.I.P. Papouli. Even though Jesse's grandfather is brought back just to kill him off, it's still a more effective special episode than many of the others. Michelle coming to terms with his death actually let her be sympathetic for once and it's the sole very special episode that has the adults directly involved with the issue.

Issue: Drunk DrivingReason: Though it's questionable how many people watching Full House were old enough to drive in the first place, this episode is actually kind of groundbreaking for the show because a main character does something pretty scandalous—Kimmy gets drunk at a party. Of course they couldn't have an actual Tanner do it, but still. The episode shows Kimmy and DJ's different versions of the night as they fight over DJ "embarrassing" Kimmy for taking her car keys away. The most notable thing, however, is that we learn the girls' mother was killed by a drunk driver. Sometimes with its focus on being the cheesiest show to ever air on television, Full House seems to forget its whole premise is based on the mother's death, so though sad, it's nice to see her mentioned again in the final season.