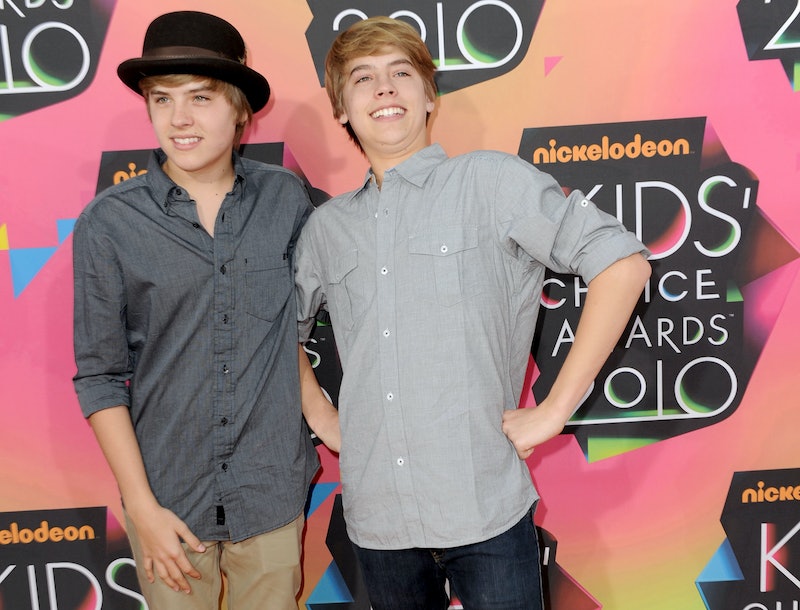 Hey, remember that time Dylan Sprouse took some naked selfies and they leaked and the internet went absolutely nuts? Turns out those were just the tip (get it?) of the sexy Sprouse pic iceberg. If you don't follow Cole Sprouse on Twitter, you may have missed the photos he Tweeted on Friday- photos which prove that Cole is all grown up, and no stranger to the gym.

Whether he was just trying to grab some extra publicity, or trying to show up his twin brother (technically, his older brother- Dylan is 15 minutes older, I just looked it up) he's done a good thing the world by releasing these pictures. Look at that happy trail! Check out that Adonis belt! More like The Suite Life On... um... you know what, I'm not going to go there.

And good on these boys for not releasing (or accidentally releasing) "scandalous" photos and then immediately apologizing for them. This is 2014, is nudity, partial or not, all that shocking? I'm not saying the Sprouse twins are at the forefront of the sexual liberation movement, I'm just saying they're not hurting anyone by giving the public's eyeballs increased access to their super-toned physiques.

Check out the pictures below!