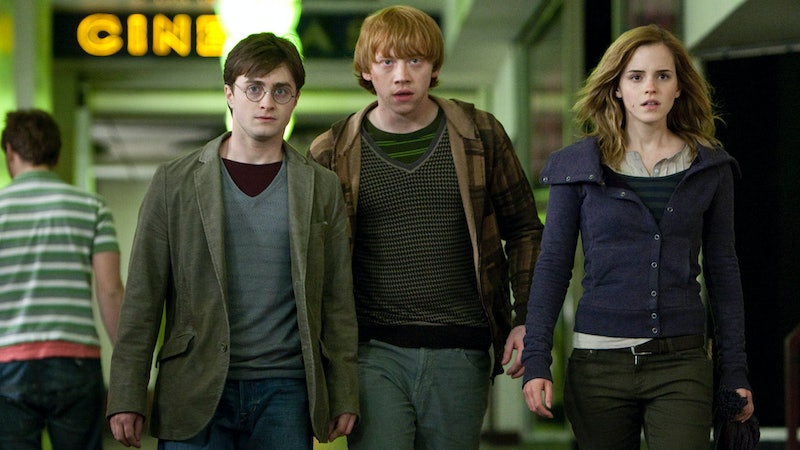 When you think of courage and bravery within the world of Harry Potter, you might first recall Harry's many battles against Voldemort or some of the daring adventures he, Ron, and Hermione went on, like riding a dragon or taking on a troll during their first year at Hogwarts. But J.K. Rowling spent seven books teaching Harry Potter fans that courage isn't defined by the risks you take or danger you encounter.

Harry isn't the series' only courageous character and some of its bravest moments had nothing to do with Voldemort or any other threats. In honor of the Battle of Hogwarts' anniversary, here's all the times that Harry Potter taught us what true courage is.

Not Caring What Anyone Else Thinks

Facing Your Own Insecurities and Fears

Stepping Up When People Need a Leader

Being There For Someone Until the Very End

Asking Before Someone Else Does

Being Tough When You Have To

Not Letting Fear Get in the Way

Doing the Right Thing No Matter What

Choosing the Right Path, Even When It's More Difficult

Admitting to Your Mistakes

And Trying to Make Up For Them

Doing What Needs To Be Done

Showing Up When Someone Needs You

Always Standing By Someone's Side

Protecting Those You Love at All Costs

Thank you, J.K. Rowling, for showing us the many faces of courage.

More like this
Harry Styles Is Set To Rival Tom Hardy With His Own CBeebies Bedtime Story
By El Hunt
Sadly, 'Fantastic Beasts: The Secrets Of Dumbledore' Isn’t Streaming — Yet
By Arya Roshanian
Fans Of 'Anne With An E' Will Recognise 'Stranger Things’ Vickie Immediately
By Rachel Mantock
'Bridgerton' Star Nicola Coughlan Confirms Season 3 Will Focus On Colin & Penelope
By Grace Wehniainen and Alyssa Lapid
Get Even More From Bustle — Sign Up For The Newsletter