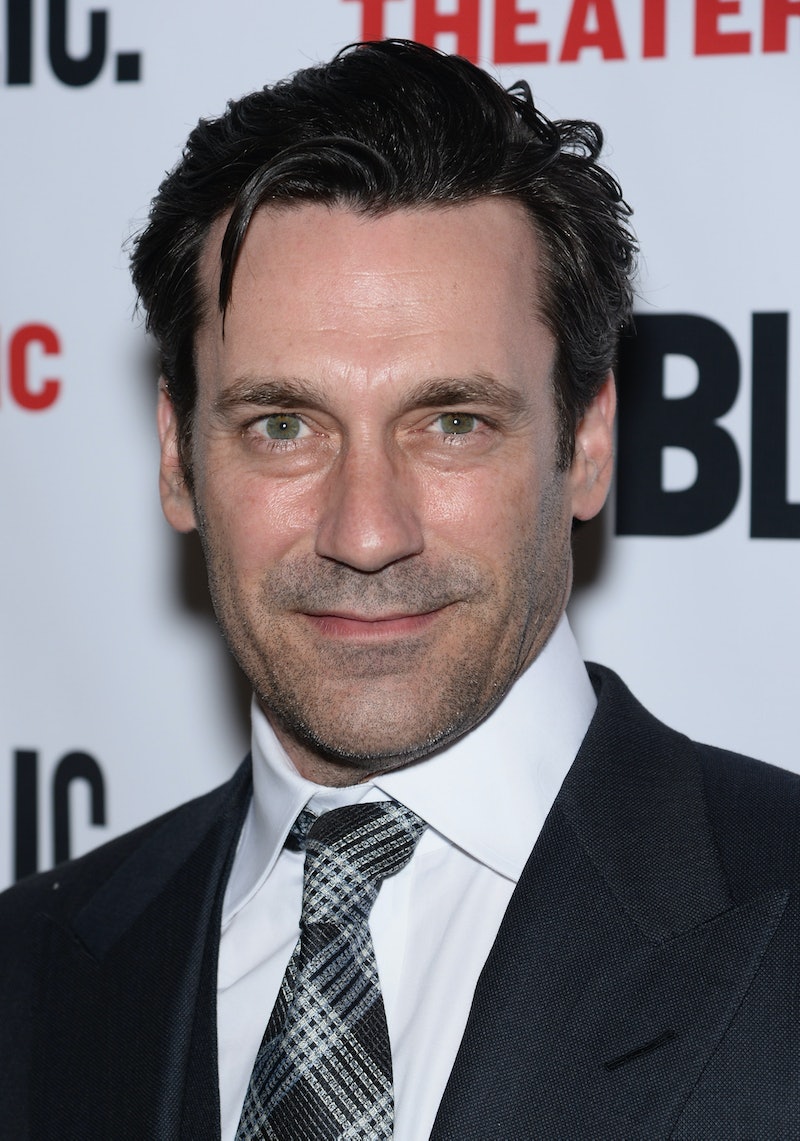 Sunday nights are already the beacon of all things television, with Veep, Game of Thrones, and Mad Men on the air. This is why airplane mode on your iPhone exists. Don Draper himself agrees that Sunday night is a joyous eve for folks who love good TV. Not only that, but Jon Hamm is a total Game of Thrones geek, and he thinks that the Khaleesi is awesome (duh, she is). You hear that Daario? You have some competition for the Mother Of Dragons!

But since the fictional, medieval Westeros and 1960's New York City are kind of impossible to travel between unless you're Dr. Who, let's just take a moment to appreciate how cool it is that Jon Hamm is legitimately a GoT fan. On the podcast, The BS Report , Hamm chatted with Bill Simmons for nearly an hour about a whole bunch of things — namely his upcoming movie, Million Dollar Arm, but a little after the 45:00 minute mark of the podcast, he starts chatting with Simmons about the Sunday night staple other than Mad Men, Game of Thrones.

While Hamm admits that some of the fine details are lost on him — and hey, with that many characters, hard-to-spell names, and beards, we can't really blame him — he and Simmons do geek out over Danaerys and her dragons for a couple of minutes, and it's pretty fun to watch Hamm just engage in normal, casual conversation about the Khaleesi. He and Simmons think she and her dragons always bring their A-game to every scene they're in because even if Dany's Braveheart speeches have gotten a little tiresome, you can't deny that THE GIRL IS A BAMF. Anyway, I'm ready to jump in and join Simmons and Hamm's conversation!

You can watch the whole podcast below, and you can listen to him muse on Mad Men at around the 40:00 minute mark, but if you just want to hear Hamm acting just like a normal dude who's a fan of Game of Thrones while he talks about dragons, start a little after the 45:00 minute mark, and enjoy Don Draper's thoughts on dragons.

Oh, if only Don Draper had dragons.