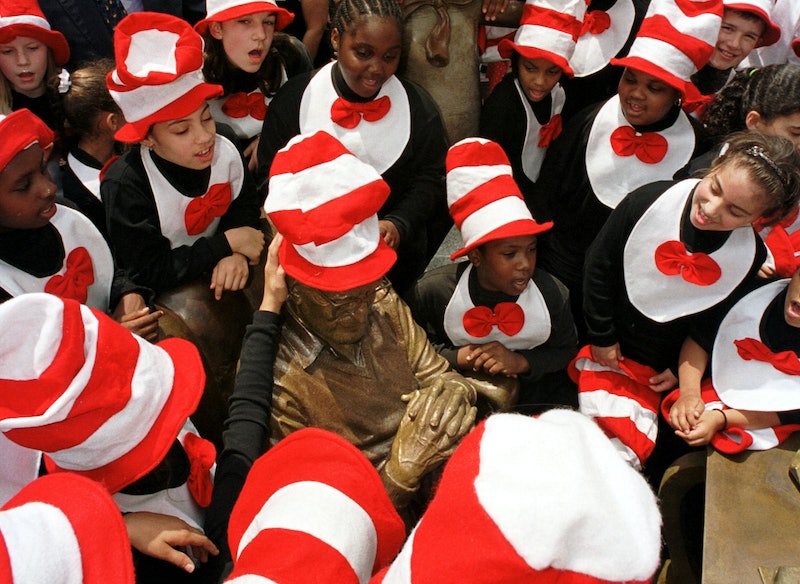 The pro-life movement in America takes many forms. From restrictive state laws to wrangling in the judicial system and TRAP laws (Targeted Regulation of Abortion Providers) that shut down clinics, influential foes of abortion as are aggressive as they ever were. But the pro-life movement isn't all politicians and impassioned churchgoers — a whole lot of American children are being welcomed into the fold, too. Here are five curious, creative, and troubling ways pro-lifers promote their beliefs to their kids...

1. They Have Their Own Kinds of Haunted Houses, And They're Pretty Horrifying

They're called "Hell houses," and the worst of them can be pretty hellish indeed. Usually designed as a Christian alternative to the Halloween-season haunted house, hell houses are a little lighter on ghosts and skeletons and a lit heavier on grisly abortion reenactments. Vice reported the following suggestion, made in some hell house prep manuals:

Purchase a meat product that closely resembles pieces of a baby to be placed in a glass bowl.

Hell houses aspire to show young people different scenarios, vignettes of different sorts of worldly sins, and impart the appropriate horror of how such actions could land them in eternal damnation.

2. They Make Pro-Life Board Games About Fetal Growth

It's true! The creator of such games demands images of the free-for-download board game not be posted on websites for "non-educational" purposes, which we're guessing means lists like this. Still, there is in fact a nice, simple board game you can download, and play with all your friends. It's called Look Who's Growing, and it'll take you on a Candyland-style thrill ride through all 40 weeks of fetal development.

3. They Send Their Kids To Religious Camps — With Political Agendas

No glimpse inside the modern culture of the Christian summer camp has caught more attention than the 2006 documentary Jesus Camp , directed by Heidi Ewing and Rachel Grady. Depicting the day-to-day experiences of a large group of young children at the "Kids On Fire School of Ministry" in North Dakota, the film received both acclaim and criticism for the same thing — showing intense, at times disturbing scenes of the kids' religious indoctrination.

But it's not just religion that the camp, run by Pentecostal pastor Becky Fischer, brought to the table. The kids got a heavy dose of anti-abortion politics, as well, at the hands of caustic Christian-right leader Lou Engle.

In the course of his speech to the children, Engle uttered a phrase that may sound familiar: "A person's a person, no matter how small." Now, where you heard that before?

4. They've Tried To Turn Dr. Seuss Into A Pro-Life Icon

The pro-life movement has for years claimed the famous children's author as one of their own, citing Horton Hears A Who as a sort of parable about the evil of abortion. The main reason for this, seemingly, since Theodore Seuss Geisel never actually voiced any public opposition to abortion, is to get to leverage this catchy line: "A person's a person, no matter how small." Sometimes, the line is falsely presented as though it were his own quote.

Spoken by the kind-hearted fictional elephant Horton, this line has been seized upon by pro-life activists to assert that Seuss was either pro-life himself, or merely stumbled onto an applicable truth. This is a dubious claim — Seuss' widow, Audrey Geisel, was reportedly distressed when pro-life demonstrators descended on the 2008 premiere of the book's Jim Carrey-led film version.

The Rock For Life concert tour will be kicking off in June, hitting ten different states, as politically varied as New York and Georgia. They also provide visitors to their website with a helpful list of all the bands or musicians they consider pro-life, and another of those that are pro-choice, who they'd prefer you avoid. Not to spoil anything, but the pro-choice list has a few more recognizable names than the pro-life one does.

Whatever you do, kids, do NOT listen to Alanis Morisette.