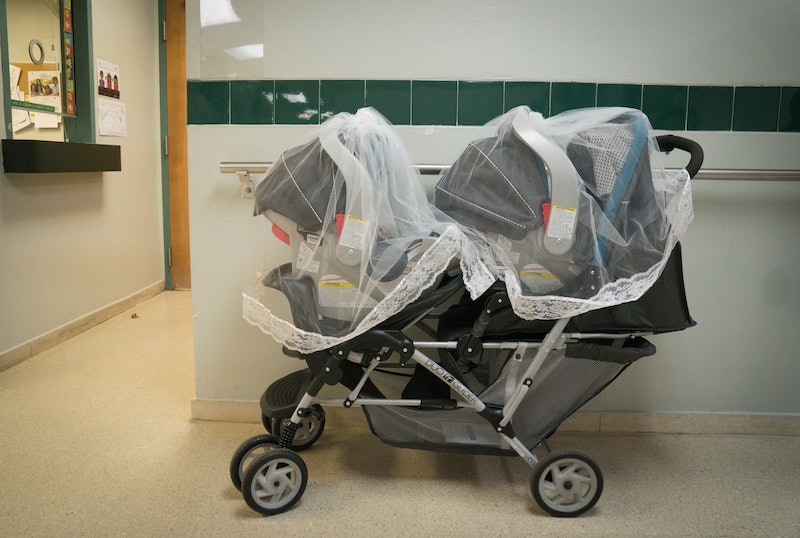 After spending the better part of my dating career in messy, drama-filled relationships, I met Joe. My last relationship had ended after my free-wheeling ex had gone to Ohio to campaign for Obama and decided to stay there permanently, so I was instantly attracted to Joe’s stability, even-temperedness, and seeming lack of desire to suddenly move to another state. But after nine stable months together, I was dumped for the very first time over not what I was, but what I wasn’t willing to be: a mother. Because Joe, though still in his mid-twenties, was desperate to be a dad.

I, on the other hand, had long known having kids was not for me. But my relationship with Joe seemed to be going so well, that I decided to keep that to myself. I dodged the question whenever Joe brought it up — and bring it up he did, over and over again, in blunter and blunter ways as the relationship went on. When I could, I would pretend that I had just gotten an important text, or burnt the roof of my mouth, or suddenly fallen asleep — whatever it took to avoid answering. But when Joe finally pinned me down, I said that I had never thought about it.

It was a pretty transparent lie, and by Thanksgiving, Joe had dumped me. This break-up hurt me more than any previous one, just because it seemed so ridiculous — we were getting along so well! Who goes and ends a perfectly good relationship over a baby who doesn’t even exist??

Of course, Joe actually did me a favor, though it took me a while to realize it — he taught me to be upfront with romantic partners about what you want from the future. Wanting or not wanting kids is one of the biggest future commitments that partners need to be on the same page about. And since recent polls have shown that, while an increasing number of women don’t have children and don’t plan on having them, roughly 80 percent of men still want to become fathers. I’m sure I’m not the only one who’s had to deal with this awkward issue in what seemed like an otherwise healthy relationship.

So if you’re one of the growing group of women who realize motherhood isn't your bag, how do you ask about a new partner's future plans without coming off as, you know, totally psycho? Here are a few guidelines.

1. When's the right time to mention that you don’t want kids?

As soon as possible, in a relationship that seems like it has long-term potential. You don’t have to plan a “special talk," or make a big deal about it — just make sure the information is known to your partner. Even though it can feel like it’s an issue you should “deal with later,” we still live in a society where wanting kids is considered the default position, so if you know for sure that you don’t want kids, you’re only hurting yourself by cultivating a relationship where that fact isn’t out in the open.

2. What should you do if your partner thinks that you’ll change your mind?

3. How do you emotionally cope with being dumped by someone for not wanting kids?

This one burns — especially if the rest of your relationship felt like it was going well. But though it’s going to hurt like any dumping, remember that your partner didn’t end a “perfectly good relationship” — though it was perfectly good for you, to them, the assurance that they can have a child in the future is part of what they need to keep going. Yell, cry, burn a tiny effigy made of their hair in your backyard — you know, all the usual break-up stuff — but just remember that this is a “real” problem for a relationship, and this it’s better for this to happen now than years down the road.

4. Should you dump a partner who lets you know that they want kids, but still wants to date you?

Feel this one out on a case by case basis. If someone knows that their long-term goals don’t match yours, but still wants to hang out, it might be that you guys have yourselves a casual relationship — in which case, what you’re planning on doing six months from now doesn’t even matter, let alone six years, so just go to Bangsville together and don’t worry about it. But if you’re in a long-term relationship with someone who wants kids, they may be hanging on to the idea that you’ll change your mind — so you need to discuss it sooner rather than later.

5. Does not wanting kids doom my romantic life?

No, although there are moments where it might feel like it does. In the months I spent recovering from my break-up with Joe, I tortured myself with the idea that it would be impossible to ever find a guy who didn’t want to procreate.

But it’s not like partners who don’t want children are magical unicorns — 28 percent of US households are comprised of married couples without children, and that doesn’t even touch on the wide variety of childless non-married partnerships out there.

And as I wandered back into the dating pool, I found that it was a little bit hard to find a guy who didn’t want kids — but no harder than it was to find a guy who was on the same page as me about where to live or the best season of Buffy the Vampire Slayer (3, duh). The right partner for you is on the same page as you about the future in general — for kid and non-kid related issues alike — and when your desires don’t exactly line up, they’re willing to work with you to compromise and come up with a solution.

A few months after Joe and I broke up, I met my current boyfriend, who is not just on the same page as me about the kids issue, but about all future-related issues — and it made me realize how much Joe and I actually differed on many topics, not just the kids one. Joe got married soon after, and is expecting his first kid any minute now (or so Facebook tells me). So eventually, we both got our happy endings. And all we had to do to get them was go through the awkward business of being honest.

More like this
Are Gemini & Scorpio Compatible In A Relationship?
By Kristine Fellizar
The Most Compatible Life Path Numbers, According To Numerologists
By Kristine Fellizar
9 Alternatives To The 3-Day Texting Rule In Dating
By Ginny Hogan
What Is "The Ick?" The TikTok Dating Term, Explained
By Courtney Young
Get Even More From Bustle — Sign Up For The Newsletter