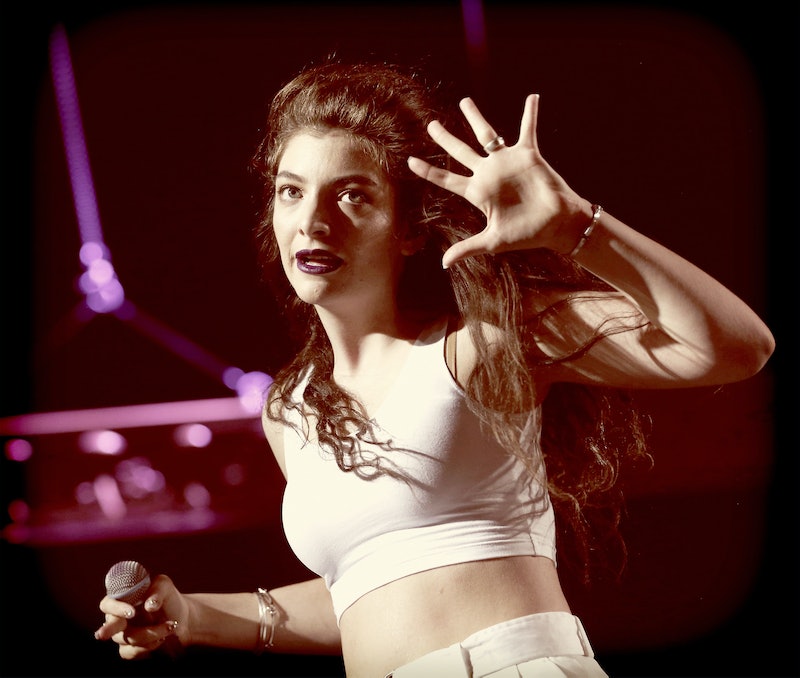 No one crosses Lorde. But if they do, you can be sure she’ll call them out on Twitter as she has in the past, whether about magazines photoshopping her face or not feeling One Direction’s music. This time, Lorde accused a photographer of stalking her, commenting on how she feels it’s unacceptable for women to feel scared as she does in these situations.

On Saturday, May 3, Lorde posted pictures of paparazzo Simon Runting on her Twitter page, tweeting, “this man has been stalking me, photographing me and refusing me privacy. i am scared of him. he frequents central akl.” She then dropped his name out there to the public as well as his Facebook page because I guess she’s hoping her fans will harass him. Although I understand her concern (okay, not personally), maybe this isn’t the right way to handle it.

The 17-year-old singer also tweeted two photos of Rihanna, which she claims Runting took at her hotel last year. Tweeting these personal images of Rihanna and continuing to spread them probably wasn’t the best idea either but I can see the point she is trying to make.

Lorde tweeted a total of six times about Runting, so it’s probably fair to say that she’s pretty uncomfortable with him following her around all day. Although I generally agree with the celebrity, why her comments only mentioned females being subjected to fear but excluded male celebrities is a cause for concern for me. I’m sure that men hate being stalked by photographers just as much as women do, and it’s already a known fact that female paparazzi also exist. We know this because famous (or infamous) Italian paparazzo Logan Fazio has had some not so friendly encounters with celebrities like Kanye West, while Harsha Gopal managed to truly piss off the beautiful Jude Law as he left a restaurant one night.

Similarly, though I support the cause to stop paparazzi from snapping pictures of celeb children as they didn’t choose to be raised in the spotlight, these celebs must realize that they knew exactly what they were getting in to with stardom. Even Lorde semi-recognizes that, tweeting, “i understand that this comes with the territory. i do not understand why i should be complacent.”

Honestly, it’s a lose-lose situation for all involved, but I’m still glad that Lorde isn’t afraid to speak her mind on the matter.