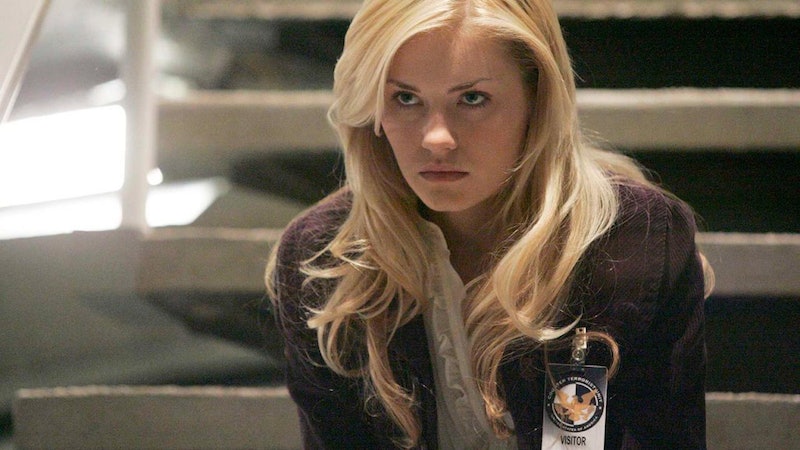 For those of us who loved 24 and Jack Bauer in all of his deep-voiced, ass-kicking glory, Sunday's 24: Live Another Day premiere for the 12-episode limited series is something of a miracle. The more times Jack Bauer gets to save lives onscreen, the better we are for it. We know that Bauer and the best sidekick in the world, Chloe, will be back. But what about Bauer's daughter Kim, played by Happy Endings' Elisha Cuthbert? The series' producers have all been quite hesitant to give out that information.

Back in January, during the Television Critics Association winter press tour, executive producer Manny Coto said very little when Kim was mentioned, stating that there "might be a place" for Kim this season but that it would be much later down the road and that "it would give away a plot point."

Now this information may sound like nothing, but I actually think it gives Kim fans hope. It would seem completely out of character for the folks running 24 to completely ignore Kim considering how important she became throughout the run of the series and even in the 24 video game. When a video game based on your TV show gets made and you get to play a big part in it, that's when you know your character matters.

My opinion is that Kim will be back, sometime around Episode 8. Kim has never been the most universally loved character, but maybe she can be redeemed somehow in this new limited edition of 24. Hopefully she'll reappear originally in some kind of dire situation with the CTU now that Jack is a fugitive on the run. But then she'll be able to prove her worth rather than, I don't know, almost getting mauled by a mountain lion. Remember when that happened? Yeah, I wish I didn't, too.

Even if Cuthbert won't be returning to 24, I have to say the list of stars they did get is pretty enticing. It'll be nice to see Chuck's Yvonne Strahovski get some redemption after that abysmal Dexter finale and I love anything and everything involving Tate "Jimmy Cooper from The O.C." Donovan. But I have to say, the more Kim Bauer drama, the better — as long as no animals were harmed during filming.