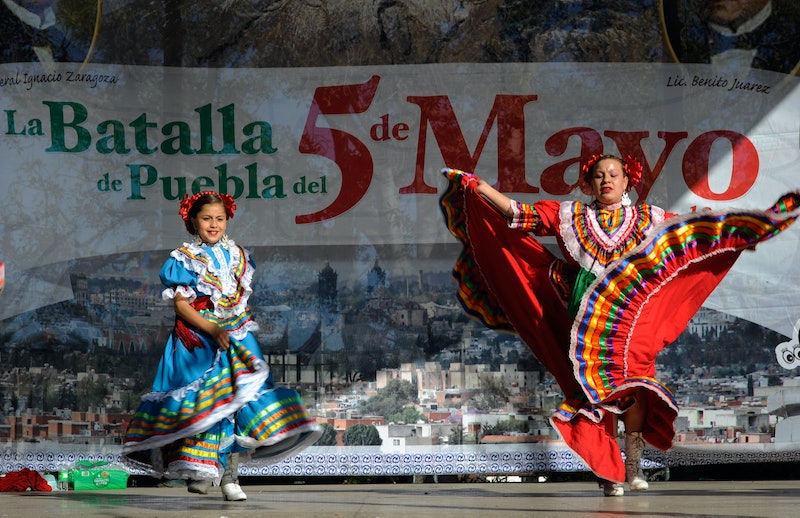 Today — as your Facebook and Twitter feed has already reminded you quite a few times — is May 5, the date of the Mexican holiday Cinco De Mayo. The holiday commemorates the Battle of Puebla, in which the Mexican army was unexpectedly victorious over French troops on May 5, 1862.

Interestingly enough, according to Discovery.com, the celebration of the holiday Cinco De Mayo "was invented in modern-day California in 1863 and has continued to be celebrated in the United States, but is almost completely ignored in Mexico. Only a few states, including Puebla, recognize it." Of course, for anyone who visited a bar over the weekend, or will visit a bar tonight, that may not come as much of a surprise. Even if the holiday is misunderstood (it's often wrongly cited as Mexico's Independence Day, which actually occurs on September 16), it is still one that is widely celebrated.

While the history and origins of Cinco De Mayo may tend to get lost in the shuffle of all the festivals and booze-soaked bar specials (according to Bloomberg.com, "Cinco De Mayo is by far considered the biggest day for margarita sales in the U.S."), there's still a pop culture-inspired GIF for all the phases of the holiday.

Here's how the day can often play out:

Wait, It's May 5 Already? When Did That Happen?

Yep, even after all those May the Fourth Be With You reminders.

That Means It's Cinco De Mayo! Time To Read Up On/Share With Others What the Holiday is Actually About

5 P.M. Arrives: Let's Party! All in Moderation, Of Course.

It is a Monday, after all. Plus there's that whole lime shortage to consider.

Between all of the incredible food and drinks, there's really no surprise why this is such a popular holiday.

I Should Get Up Dance Right?

Wrong. You don't look this good, at all.

Those margaritas were strong .

Call a Cab, Sleep It Off, Get Through May 6 ....Totally Worth It