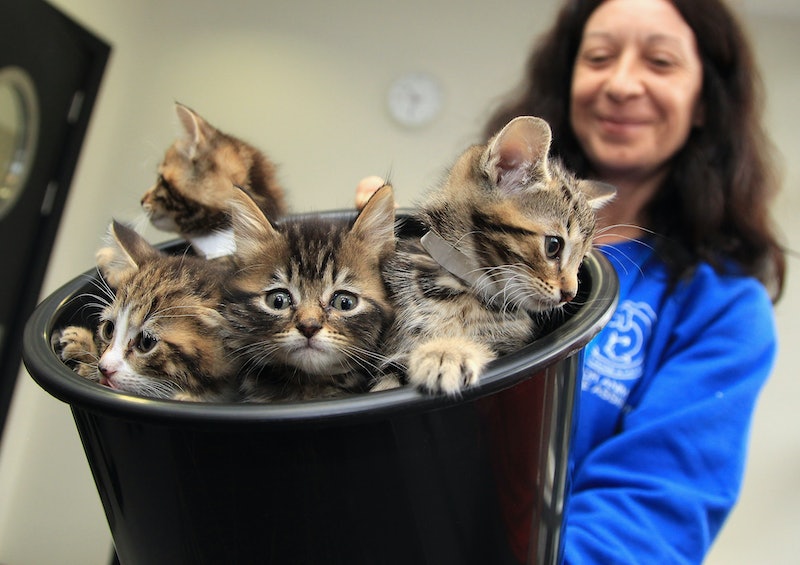 No time to meditate? Have a good guffaw instead! According to a new study, laughter really is the best medicine — so go ahead. Watch that video of goats yelling the Game of Thrones theme or spend a few minutes browsing the TL;DR Wikipedia. Your brain will thank you for it.

There’s a technical term for this phenomenon, too: Humor Associated with Mirthful Laughter, or HAML. According to Lee Berk, lead researcher and associate research professor of pathology and human anatomy at California's Loma Linda University, humorous laughter creates something called "high-amplitude gamma-band oscillations," which engage the brain similarly to how meditation does. "We call this being ‘in the zone,'” he said.

Berk and his team made their discovery by hooking up 31 college students to an electroencephalograph (EEG), thus enabling them to measure the students’ brain wave activity while they watched funny, distressing, or spiritual videos. The distressing videos produced flat waves, which is what people who generally feel detached from the world frequently display; the spiritual ones produced alpha waves, the type associated with rest; and the funny videos produced those magical gamma waves — the same ones produced by meditation.

How does it work? Basically, the workout the brain gets during a good chuckle helps the gamma wave band sync up with everything else in the brain that functions at that frequency. This, in turn, leads to a subjective feeling of being able to think more clearly — which, as Berk notes, “is of great value to individuals who need or want to revisit, reorganize, or rearrange various aspects of their lives or experiences, to make them feel more whole or more focused."

Nor is this the only health benefit of laughter; Berk’s study also found that laughter can improve memory loss in older people. Additionally, previous studies have shown that it can soothe tension, relieve pain, and even boost your immune system. Just, y’know… in case you needed even more excuses to laugh loudly and often. Maybe it's time to move to one of the funniest cities in the U.S.?

To kick off your newfound appreciation for laughter meditation, here. Have one of the greatest compilations of cats jumping for things and failing spectacularly ever to hit the Internet. Watch it in good health!

More like this
An Expert Weighs In On The Viral Raw Carrot Salad Trend
By Alexis Morillo
How Ovulation Affects Your Sense Of Smell, Libido, & More
By JR Thorpe and Lexi Inks
Here’s Where The NHS Nurses’ Strike Currently Stands
By Sophie McEvoy
Ashamed Of Your Screen Time Stats? Here's How To Change That
By Alexis Morillo
Get Even More From Bustle — Sign Up For The Newsletter
From hair trends to relationship advice, our daily newsletter has everything you need to sound like a person who’s on TikTok, even if you aren’t.