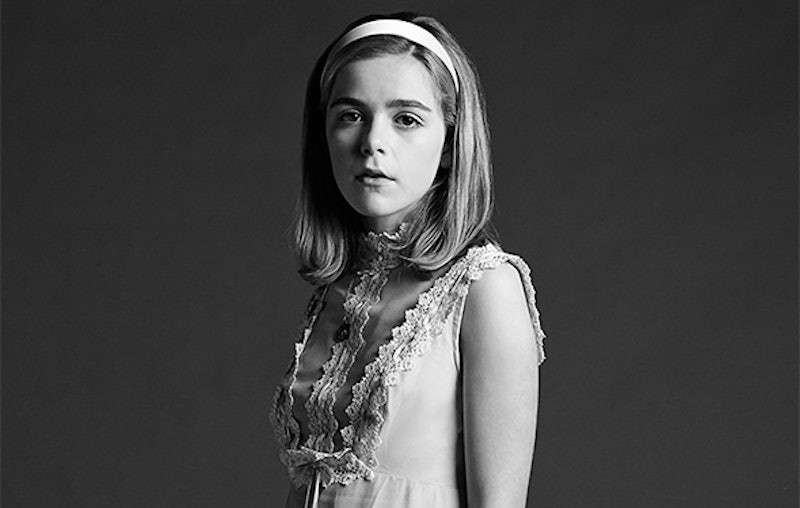 Here's a way to look on the bright side for poor little Sally Draper: She managed to trump not only Peggy and Stan with their hilarious, flirtatious phone call (who isn't shipping these two at this point?), but also the big reveal that Bob Benson is, as many of us suspected, a gay man. No, not even Bob's pass at Pete (you can do better, Bob) warranted the biggest reaction of last night's Mad Men episode, "Favors."

Of course, the most shocking thing about the reveal of Bob's intentions wasn't his sexuality, it's that Sally didn't walk in on him bumping knees with Pete in a suggestive manner. The poor kid has the worst timing when it comes to seeing things she shouldn't at her young age.

Creepy Glen and his creepy mustache started Sally's introduction to the perils of puberty, and, last season, she caught a glimpse of her step-grandmother Marie going down on Roger Sterling. Just in case that wasn't enough to scar poor Sally Draper (played by marvelous and wise-beyond-her-years Kiernan Shipka), she walked in on her father having sex with Sylvia, the downstairs neighbor.

Mad Men has always been a show about how people deal (or don't deal) with change. The changes of the political climate in the 1960s, the changes in relationships, the changes in male and female dynamics, the changes of the world around them. While the grown-ups of Mad Men have adapted to or avoided these changes, Sally hasn't even been given the choice. Nor the ability to understand how to deal with it. She's just a kid. A kid with terrible, terrible timing.

Despite all the screwed-up screwing she's been predisposed to, I still think Sally is gonna turn out alright. Oh, she'll certainly be a mess (with parents like that, it was practically written in the stars), but Sally is sharp and tough and has been forced to be older than her years. If anyone can change for the better, in the end, it will be young Sally Draper.

More like this
'Games of Thrones' Fans May Recognise This 'Conversations With Friends' Location
By El Hunt
The 'Conversations With Friends' Book Ending Will Leave You Wanting More
By Sophie McEvoy
Sandra Bullock, Girlboss Extraordinaire
By Matt Harkins & Viviana Olen
Spice Girls’ Net Worth: The Richest Member Is Wealthier Than The Rest Combined
By Hugh McIntyre
Get Even More From Bustle — Sign Up For The Newsletter