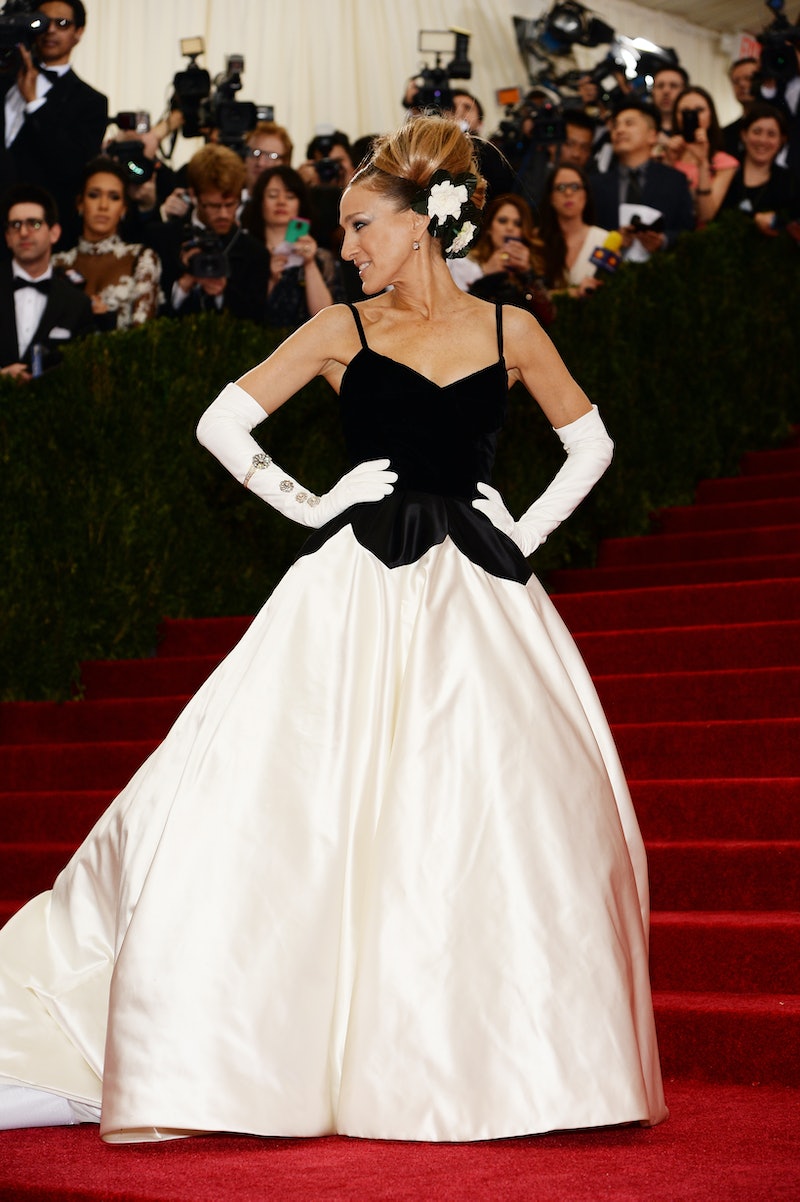 In some ways, it's too bad that Sarah Jessica Parker's appearance at the 2013 Met Gala was overshadowed by one of the best Jennifer Lawrence photobombs of the year. Because though anyone's pop culture-loving hearts could appreciate the candid moment from the candid Oscar-winning star, Parker's gown, designed by Giles Deacon with an accompanying Philip Treacy headpiece, was gorgeous, the undeniable fashion "moment" from a Met Gala that featured whatever the hell this was. But, really, we'll give a Lawrence-obsessed press a pass. Because, every other year, Parker has attracted the spotlight for a stream of incredibly stunning looks, including her 2012 Valentino gown, her 2011 Alexander McQueen gown, and, of course, her 2006 Scottish-inspired McQueen. And, this year, Parker proved no different, with a gorgeous Oscar de la Renta gown that wonderfully captured a territory somewhere between Audrey Hepburn and Grace Kelly. (See what I mean below.) Either way, Carrie Bradshaw would be proud.

Of course, Parker's 2014 Met Gala gown is not as much of a risk as those Parker wore in previous years (no headpiece? Really? Why not?), but there's no denying the Sex and the City beauty channeled classic beauty in the best of ways.

I mean, just look at that back.

Even Grace Kelly would want want to be a Carrie after this?