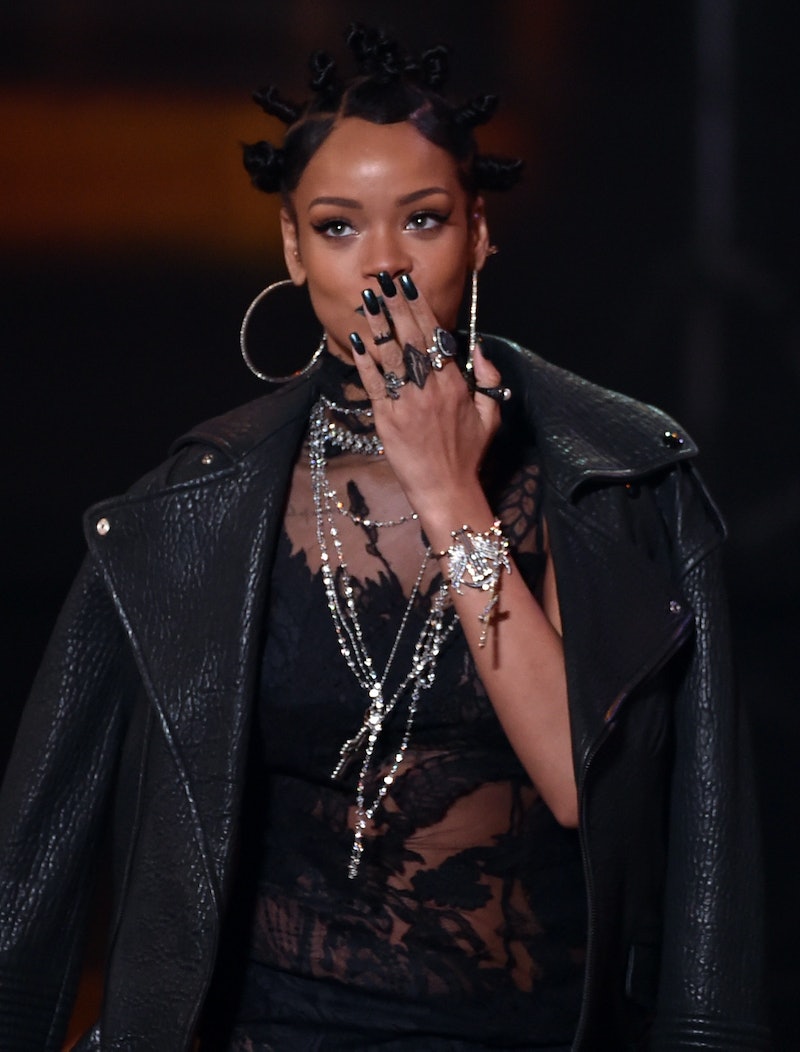 Rihanna's latest move can be summed up in a one-word hashtag: #MAJAH! According to reports, Rihanna's Def Jam days have come to an end and she’s now signed to Jay Z’s Roc Nation. Sure, artists switch labels all the time, but for Rihanna to leave the music home in which she built her entire career is kinda like breaking up with your first boyfriend. Reportedly, Def Jam will still have a hand in promoting and marketing Ri's music, but she is now officially a member of Jay's artist roster, which includes Rita Ora and rappers J. Cole and Jay Electronica. The move didn't happen without some speculation, which is understandable considering how quickly Rihanna releases albums. Either way, it's still a pretty big deal for the Unapologetic pop diva and the music industry, as well. For starters, it demonstrates Jay's increasing power within the industry. For him to introduce Rihanna to the label, only to eventually nab her as his own artist at what is arguably the hottest time in her career, signifies that Beyoncé's heart isn't the only thing he holds in the palm of his hand. Moves of this magnitude show that he has one hell of a grip on the music world, too. Who knows, this may even lead to him wooing other Def Jam artists to join his Roc Nation empire.

And it's worth noting that Rihanna's absence no doubt leaves a gaping hole in the Def Jam roster. In November, her U.S. album sales surpassed the 10 million mark and to date, all but one of her albums have sold at least 1 million copies. Her 777 Tour was the first of its kind, even if it was deemed a PR disaster. Her brash yet sexy persona may piss off Instagram, but it also succeeds in feeding her undeniable popularity.

Now all that's left to do is sit back and await the magic that is sure to come from this newly established Rihanna-Jay Z partnership. It's given us yet another reason to watch the throne.