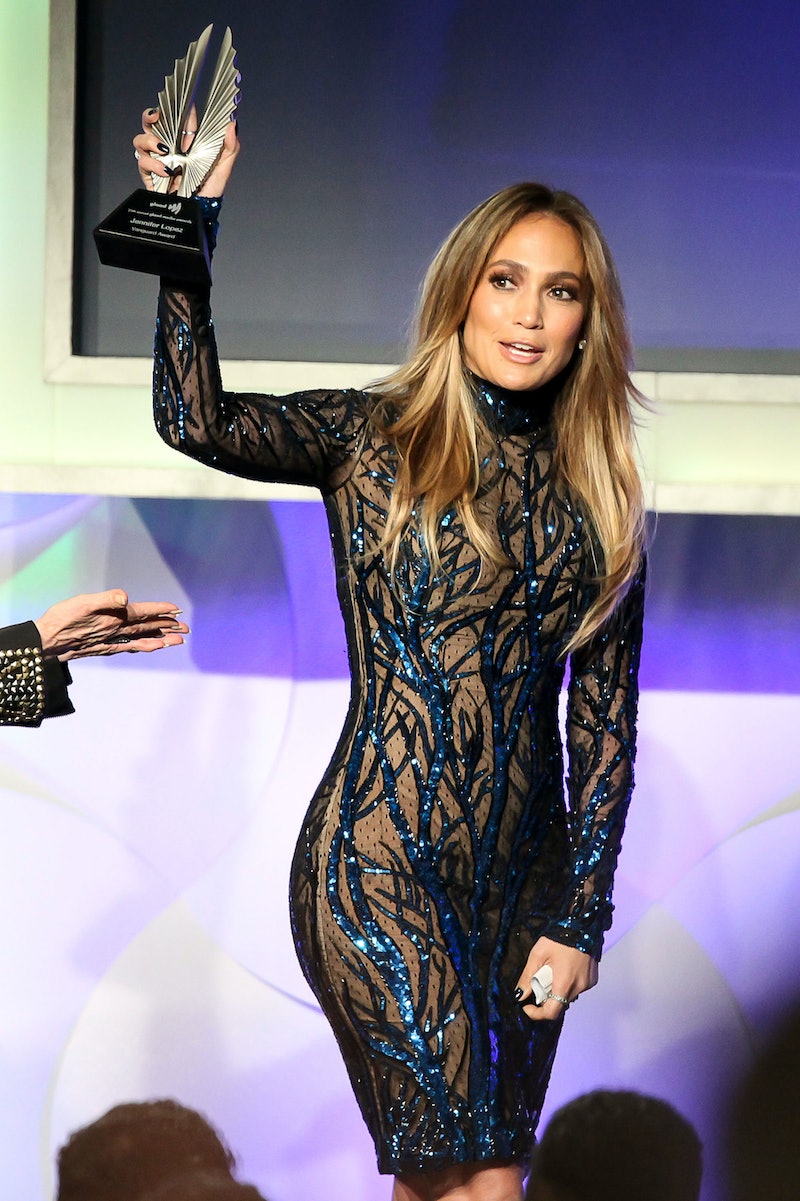 Between returning to American Idol, releasing a new album and battling over business with old flames, this year has proven to be a lucrative time for Jennifer Lopez. The pot just got sweeter as Billboard announced plans to present her with the Icon Award at this year's awards show. As the first female recipient of the award, Lopez joins huge names like Stevie Wonder, Neil Diamond and Prince. She's also slated to perform two songs.To J. Lo doubters, it's probably automatic to focus on how she doesn't measure up to her predecessors. It's true that her name may not appear to match up with the guys who came before her, but at the same time, her accolades don't exactly deserve a thumbing of the nose.

Even though people give her flack for lacking powerhouse vocals, it hasn't deterred her from achieving success as a pop singer. After all, the award acknowledges "an artist’s remarkable and enduring contribution to popular music," and J. Lo's 15 years of musical accomplishments definitely meet the criteria.

In 1999, she made quite the transition from acting to singing, and saw success with her first album despite her many critics. In 2002, she topped the Billboard 200 with a remix album, becoming the first person to do so. In 2007, her album Como Ama Una Mujer had more first-week sales than any other Spanish album in the U.S. In 2012, Forbes ranked her among "The World's Most Powerful Latinas." Her successful recording career consequently paved the way for her to venture into other arenas, resulting in huge cosmetics endorsements, intermittent stints as an American Idol judge, clothing lines, a production company and more. Seems like that's reason enough to label her an icon.

This isn't to say that other pop divas don't deserve the title. I'm sure we could create a list a mile long of other female singers who should've, would've and could've been honored with this award. But the fact is that J. Lo has come a long way from the On the 6 chick. She's made great contributions to the pop and Latin music communities, and

she's still on the fast track to go even further.

More like this
Spice Girls’ Net Worth: The Richest Member Is Wealthier Than The Rest Combined
By Hugh McIntyre
Jennifer Lopez Found The Perfect Ben Affleck Throwback Video For Mother’s Day
By Stephanie Topacio Long
Long Live Bennifer!
By Allie Jones
Lisa Marie Presley Reviewed Baz Luhrmann’s ‘Elvis’ Movie On Twitter
By Grace Wehniainen
Get Even More From Bustle — Sign Up For The Newsletter