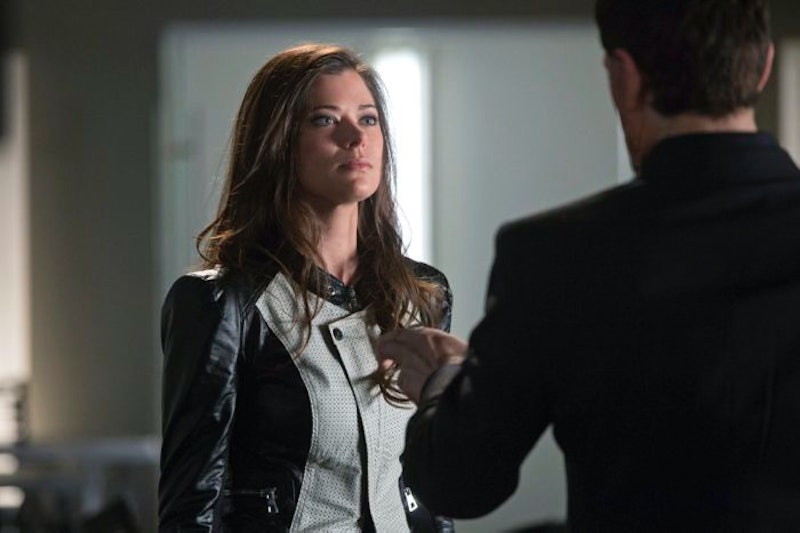 The Tomorrow People had its finale Monday night. Now, whether that's a season finale or a series finale is yet to be seen (but it's not looking good for TTP – the ratings have been consistently low, even by CW standards), but that uncertainty didn't stop the show from making some big moves in "Son of Man." This is coming off last week's episode, which was also packed with big changes. John lost his powers, became human and hooked up with Astrid. The Tomorrow People prepared for their final battle with the Founder.

After a season of meandering through the plot, TTP spent the last three episodes of its first (and maybe only) season in high gear. Here are the highlights of the night:

Yes, the Tomorrow People succeed in killing The Founder. That alone might have made for a satisfying season/possibly series finale, given the journey we've been on this year. But killing your Big Bad doesn't come without a cost, and in this case, it was a life for a life: Roger's for the Founder's. Poor Roger. He spent most of the year completely MIA/hidden in a cryogenically frozen state. Then, after he was finally found and thawed out, he only lasted a few weeks. He proved himself a real hero though, sacrificing his own life to save the world.

His death was an emotional moment for the show. Due to the kind of implausible circumstances that have been The Tomorrow People's calling card, there's a freeze ray (no, really) set to destroy humanity – it will only freeze humans, leaving the Tomorrow People to inherit the world. Roger begs his brother, Jedikiah, to shoot him to stop the machine. It's tearful. It's heartfelt. Jed does the deed. And…it doesn't work. The machine is still ready to put humans everywhere under a mega freeze.

It takes another death to finally put a stop to the freeze ray: The Founder's. Stephen teleports him to the center of the machine and holds him there until it's destroyed. Time unfreezes (which is lucky, since John and Astrid were affected by it) and all seems to be right with the world.

PLOT TWIST: Jed is crazy and evil after all?

The Tomorrow People could have ended on a note of closure. A lot of shows would have, especially with a fate so up in the air. But TTP decided to go big with a finale game changer. Jedikiah offers John some of Roger's DNA to give him his powers back and John strangely accepts this offer (strange for several reasons: 1) He seemed to like being human with Astrid, 2) His TP life was extra stressful since he could kill, and 3) Jedikiah isn't exactly trustworthy).

Jedikiah has been the Severus Snape of this show. You never quite know if he's evil or good. Just when it seemed like he was on the right side of the fight, he poisoned John with Tomorrow People super soldier DNA that wiped his memories. The episode leaves us with John (the most likable character on the show) reduced to mindless drone for the bad guys and on a mission to recruit Cara as super soldier No. 2.

After a floundering first season full of plot holes and strange decisions, The Tomorrow People left us prepared for even more convoluted drama should season two ever materialize. But, since even the series' highest highs were less-than-memorable, it seems unlikely that TV audiences will ever be asked to complete the second leg of the Tomorrow People's journey. Farewell (either for now or forever), Tomorrow People.